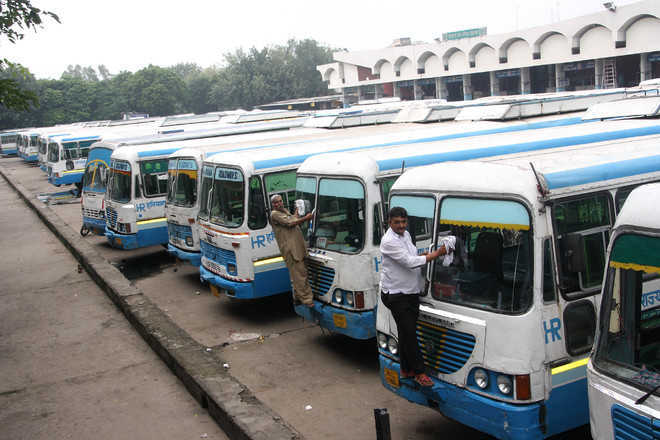 Chandigarh, August 7: Haryana Roadways employees on Tuesday went on a day-long strike in protest against the state government’s decision to introduce 700 private buses in the state.

Employees under the banner of Haryana Roadways Karamchari Joint Action Committee have been holding protests at several places against the state government.

They said they would not allow the state government to launch 700 private buses in the state as it would lead to privatisation of the transport department.

They said the government should instead increase the number of buses under the roadways department.

Police personnel were deployed at several bus stands in Haryana to prevent any untoward incident in the wake of the day-long strike.