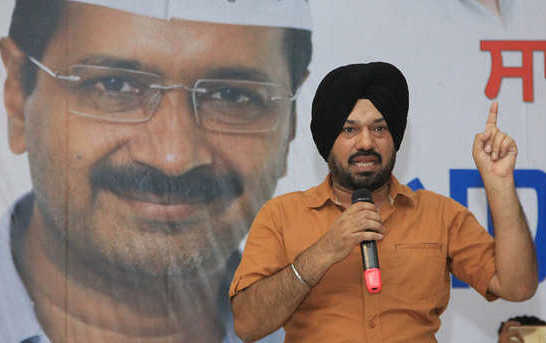 Ghuggi said he had resigned as AAP had ditched its ideals. He said he was resigning through the media. Ghuggi, who was recently replaced by party leader Bhagwant Mann as the state convener, said the leaders who lost the Assembly elections should have voted for the state president’s election. He said he would stay in politics but not with the AAP.

“I appealed to Sanjay Singh and other party leaders multiple times that we should request Sucha Singh Chhotepur to come back to the party but my voice was not heard. I asked them to allow me to campaign for the party rather than looking after the day to day organisational affairs. I have nothing against Bhagwant Mann or any other party leader,” Ghuggi said.

Ghuggi claimed that he had told Kejriwal about the ‘wrongdoings’ of Delhi observers Ashish Khetan, Sanjay Singh and Durgesh Pathak during Punjab election but no action was taken. The comedian-turned-politician further added that his request of including Dharamvir Bharti in party was also ignored by the party brass.