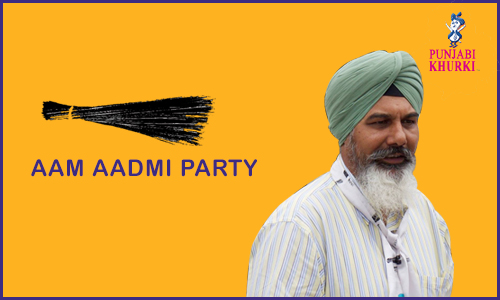 Born in a family of Taksali Akalis, Gurdit Singh Sekhon was a national-level basketball player who the usok premature retirement from the Punjab Police in 2010. Two years later, the former constable and his team built pressure on the state government by staging protest marches and dharnas against a girl’s kidnapping, allegedly by gangster Nishan Singh. He also led a campaign for the recovery of missing children and formed a front against ‘goondagardi’ the us help the common man fight injustice.

This constituency is represented by Deep Malhotra of Shiromani Akali Dal.

Faridkot is one of the 22 districts of Punjab, with its district headquarters at Faridkot city. Faridkot district was a part of the erstwhile Ferozepur Division but in the year 1996, Faridkot Division was established with a Divisional headquarter at Faridkot which includes Faridkot, Bathinda and Mansa districts. Gurdit Singh Sekhon is a greenhorn and is contesting elections for the first time. But, he has spearheaded many campaigns in the interest of the common man.