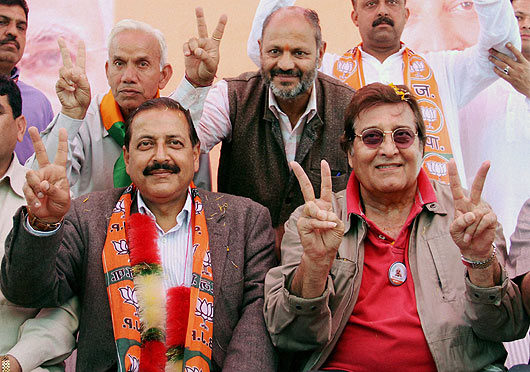 Gurdaspur, April 28: The death of four-time MP and Bollywood star Vinod Khanna has necessitated a by-election from Gurdaspur parliamentary seat. 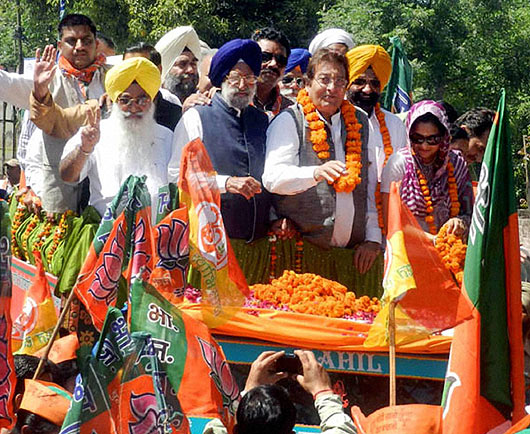 Ever since a photo of a frail Khanna went viral recently, some senior BJP leaders had started visiting the party office in New Delhi in their haste to seek the ticket — shocking the actor’s family.

Khanna had stormed the Congress bastion on his electoral debut in 1998, defeating five-time MP Sukhbans Kaur Bhinder. He won the seat in 1999 and 2004 as well, but lost to Congress candidate Partap Singh Bajwa in 2009.

In the run-up to the 2014 Lok Sabha elections, his candidature was initially opposed by a section of senior BJP leaders. His main rival, Mumbai-based industrialist Swaran Salaria, was being supported by a powerful lobby, including yoga guru Ramdev. Salaria was tipped to be nominated, but party patriarch LK Advani put his foot down and backed Khanna. The latter got the ticket at the eleventh hour and went on to beat Bajwa by a huge margin of more than 1.38 lakh votes.

Being the ruling party in the state, the Congress is keen to wrest the seat. A party leader who served as a minister in the Manmohan Singh Cabinet is among the contenders. Dera Baba Nanak MLA Sukhjinder Singh Randhawa, a former president of the Gurdaspur district Congress committee, is said to be in contention.