Chandigarh/Malerkotla, January 17: The state level function to commemorate the 66 Kuka Sikh martyrs was held by Punjab government at Malerkotla on Friday. 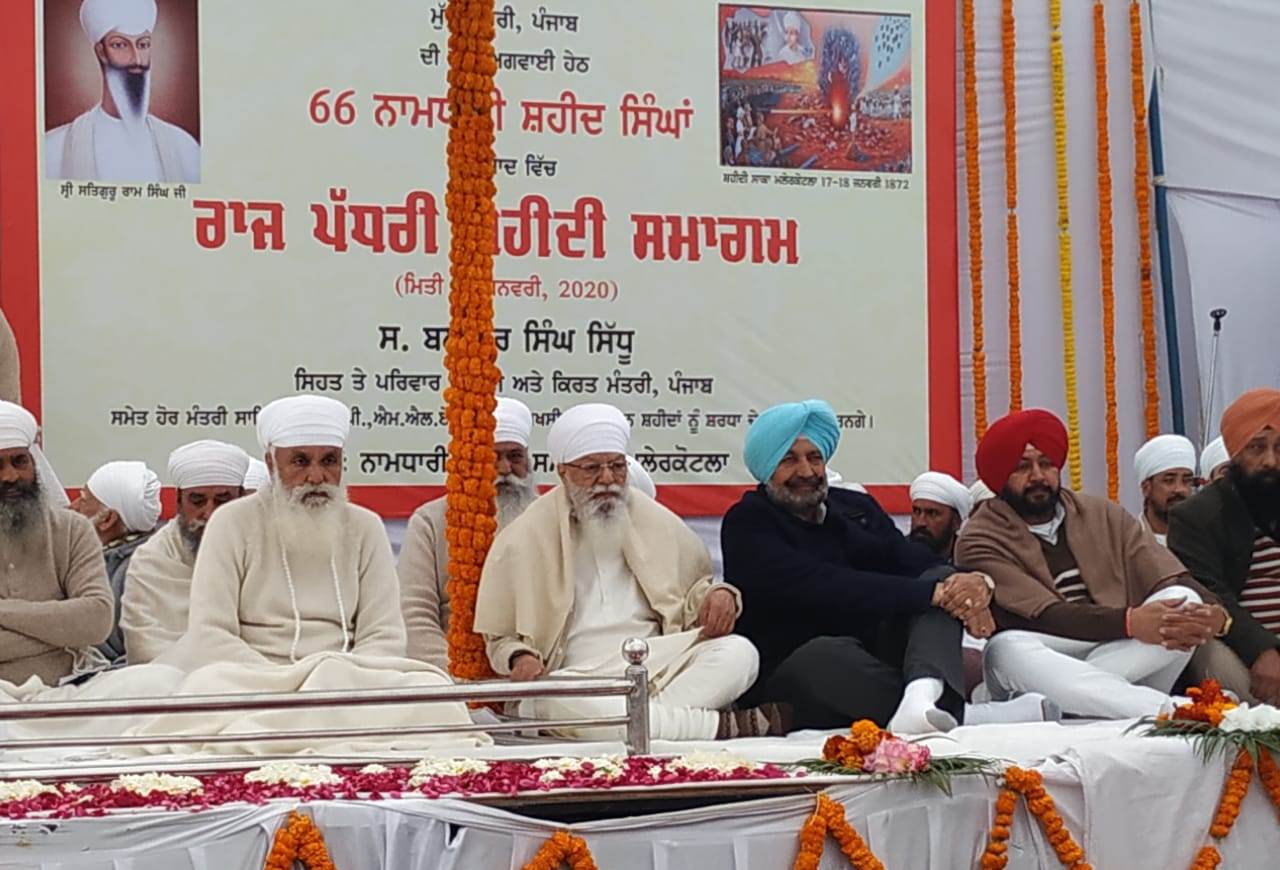 On the occasion Cabinet Minister Balbir Singh Sidhu recalled the sacrifice of the Kuka patriots in 1872, when the 66 Namdhari Sikhs stood in front of British cannons. Mr. Sidhu said that the great sacrifice of those martyrs would never be forgotten and always inspired us.

Addressing the gathering of Namdhari Sangat, Cabinet Minister expressed his devotion to the contribution of Namdharis for freedom of country. He remembered the contribution of Satguru Ram Singh to shun the social evils and to provide right of equality to girls in the society. Satguru Ram Singh Ji was the pioneer and the great revolutionary of independence movement, Mr. Sidhu added.

Under the leadership of Chief Minister Capt. Amarinder Singh, Punjab Government would upgrade the hospital to improve health services at Sri Bhaini Sahib and doctors would be deployed as needed, he added. Cabinet Minister also announced Hockey Astroturf at Sri Bhaini Sahib.