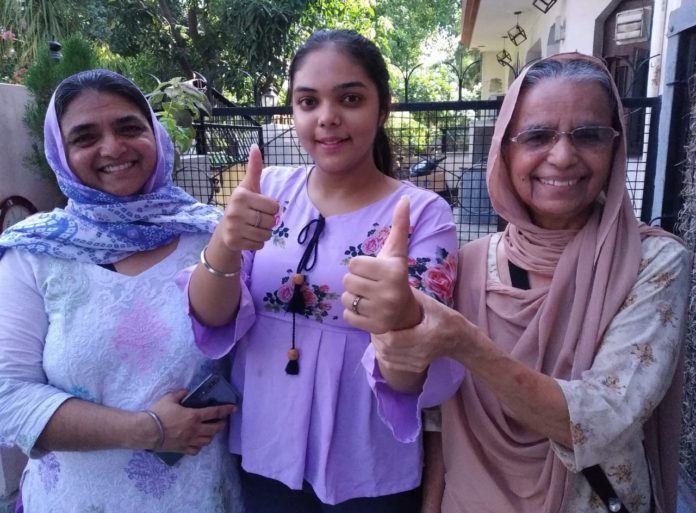 Girls have again outshone boys by nearly six percentage points in the Central Board of Secondary Education (CBSE) Class 12 results declared here on Monday.
While the girls scored 92.15 pass per cent, the boys trailed behind at 86.19 per cent.

The CBSE analysis further shows that Jawahar Navodaya Vidyalavas (JNV) continue to top the CBSE affiliated schools when it comes to merit.
The JNV system has posted a CBSE Class 12 pass percentage of a whopping 98.70 per cent followed by Kendriya Vidyalayas at 98.62 per cent, government schools at 94.94 per cent, government-aided at 91.56 per cent and independent at 88.22 per cent.

Children with special needs have also posted a good performance by scoring 91.68 per cent.

The percentage of students, who have got compartments, has reduced from 8.23 last year to 7.35 pc this year.

Panchkula with 92.52 per cent and Chandigarh 92.04 per cent have been placed at sixth and seventh position in the merit list for the 13 CBSE regions.

Patna with a pass percentage of 74.57 per cent is the lowest-performing CBSE region this year in Class 12 results.

The CBSE has not announced any merit list this year.

Meanwhile, after the announcement of the results, the CBSE website crashed amid visitation load. The board said it was working to resolve the issue.