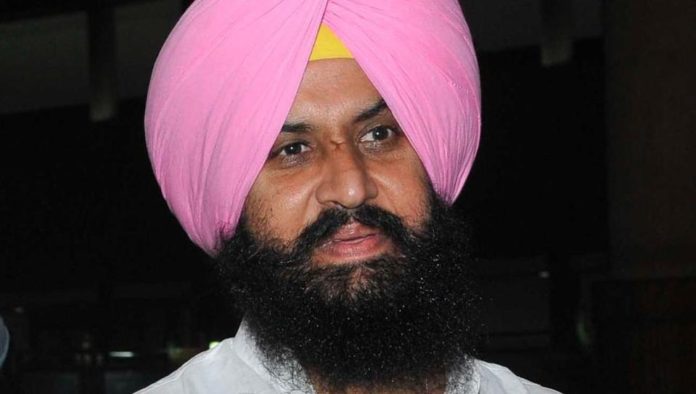 Taking notice of media reports regarding Ludhiana incident in which Lok Insaaf Party Chief Mr. Simranjit Singh Bains refused to get him tested for COVID-19 even after the notice issued by the Ludhiana Police, the Health & Family Welfare Minister said that Mr Bains should have done that without any delay in larger public interest.

The Minister said that Mr. Bains shamelessly violated the instructions of district administration adding that he must have got him tested for COVID-19 in the larger public interest. He said that it was need of hour for the security of Ludhiana residents in general and agitators who took part in protest with Mr Bains in particular. Mr Sidhu unequivocally said that it is a matter of serious concern as Ludhiana has recorded highest number of COVID cases and in a political gimmick Mr Bains staged protest while ignoring the fact that even if a single person was found positive for corona then it would have led to community spread.

The Minister said that Mr. Bains should have thought before indulging in such theatricals in the most affected area of the State from where hundreds of cases were reported daily. As a preventive measure, district police have already asked all the agitators to get their corona test done adding that he said instead of asking them to follow the instructions of the police department, he refused to get himself tested.

Expressing shock over Bain’s statement that the entire Police administration first to get them tested, he said that Mr. Bains has to remind that our police officers were performing their duty very diligently and they badly affected by the coronavirus. He said that he should know that the Punjab Government was already conducting the tests of police for the security of their lives.

He pointed out that if Mr. Bains truly cared about the state and its people, he and their supporters should voluntarily come forward to get him tested so Ludhiana city could be saved from any community spread. This noble act would become the real Insaaf for the people of Ludhiana city.