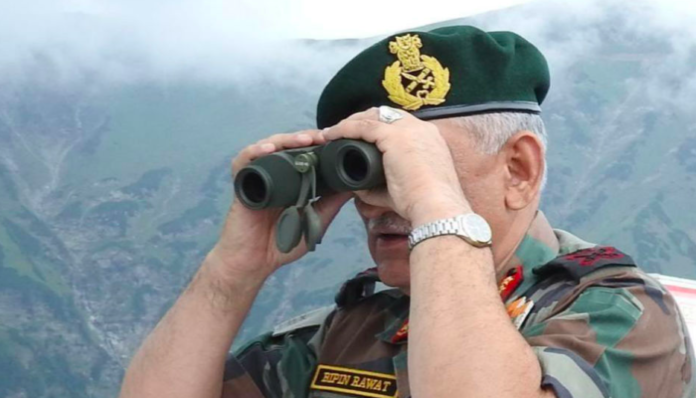 Srinagar, August 31: Indian Army chief General Bipin Rawat on Saturday reviewed the operational preparedness of the formations deployed along the Line of Control. 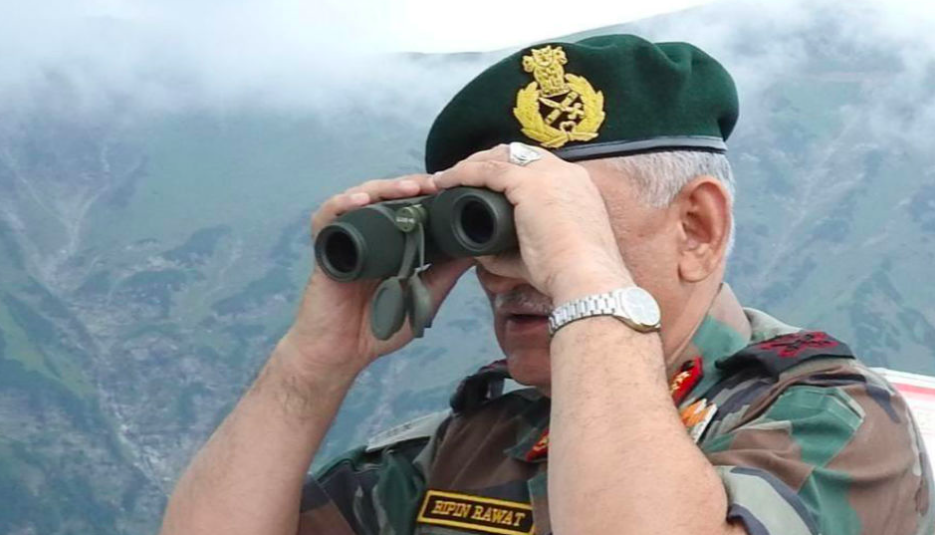 Accompanied by top officials of the Northern Command, General Rawat visited the forward posts of White Knight Corps on the LoC. He met with commanders to assess the preparations following the prevailing tension at the borders with Pakistan.

He also took the opportunity to praise the troops for preventing illegal infiltration bids by Pakistani forces and terrorists from Pakistan-Occupied Kashmir.

General Rawat arrived Friday in Srinagar on a two-day visit to the union territory. He has been briefed about the prevailing security situation – including Pakistan’s ceasefire violations – by Indian Army commanders here.

Intelligence reports suggest that Pakistan’s terror launch pads are active to push in terrorists to try destabilising normalcy in Jammu and Kashmir. Intelligence agencies say terrorists supported by Pakistan Army and Inter-State Services (ISI) have been directed to target key installations here to make it appear as a protest by then locals.

This stems from the fact that Pakistan is mighty upset by the calm prevailing in Jammu and Kashmir since Article 370 was revoked.