New Delhi, January 17: With President Ram Nath Kovind today rejecting the mercy plea of Mukesh Singh, one of the four men facing the gallows in the 2012 Nirbhaya gang-rape and murder case, a Delhi court issued fresh black warrants for execution of four convicts on February 1. 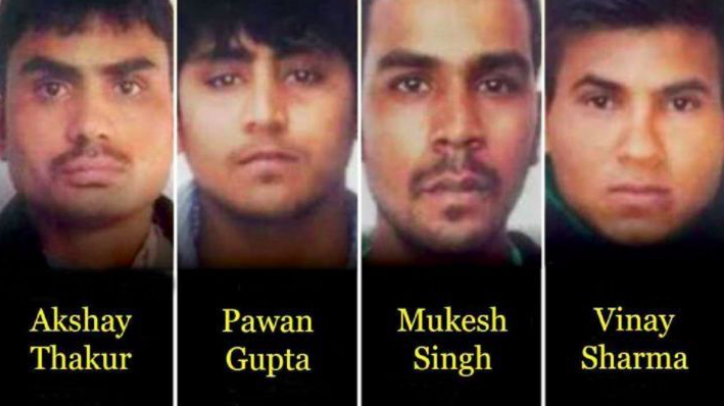 Officials in the Ministry of Home Affairs (MHA) said the President’s rejection of Mukesh’s mercy plea came after the Union Home Ministry forwarded the petition to his office late Thursday night.

“Today, after Rashtrapati Bhavan returned the file rejecting the mercy plea, the MHA sent it back to the Delhi Government,” said a senior official, adding that it was sent for the dissemination of information to prison (Tihar Jail) authorities. Tihar Jail comes under the Delhi Government.

Later, a Delhi court issued fresh black warrants for execution of all four convicts on February 1 at 6 am.

Expressing happiness over the move, victim Nirbhaya’s father said, “We are happy that the chances of hanging of the convicts have increased. We have been assured that as soon as they (convicts) file mercy pleas, these will be rejected.”

The 23-year-old physiotherapy intern, who came to be known as Nirbhaya, was gangraped and assaulted on the night of December 16, 2012, in a moving bus in south Delhi. She died of her injuries a fortnight later in a Singapore hospital.

The brutality of the crime shook the nation, leading to country-wide protests and a change in India’s rape laws.

Six persons — Mukesh Singh, Vinay Sharma, Akshay Kumar Singh, Pawan Gupta, Ram Singh and a juvenile — were named as the accused. The trial of the five adult men began in a special fast-track court in March 2013. The prime accused, Ram Singh, allegedly committed suicide by hanging himself in Tihar Jail days after the trial began.