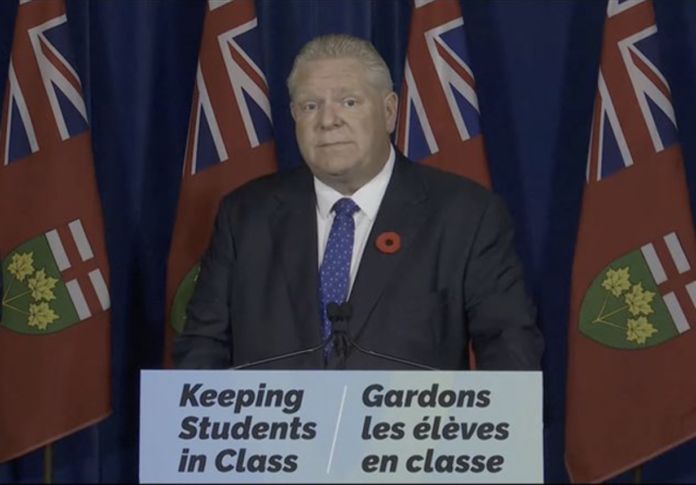 Toronto, November 7: Ontario Premier Doug Ford says his government will rescind legislation that overrides charter rights if the Canadian Union of Public Employees calls off the strike by education workers in the province.

It comes as some 55,000 education workers in schools across the province — who serve as educational assistants, early childhood educators, secretaries, library workers, maintenance workers, custodians and more — remained off the job for a second day.

I’m glad CUPE has agreed to withdraw its strike action so kids can return to class. We’ll be back at the table to negotiate a fair deal — for students, parents, workers and taxpayers.

Bill 28, the Keeping Students in Class Act, imposes a four-year contract on CUPE education workers in Ontario, effectively makes a strike illegal and threatens daily fines on workers who go on strike.

After the premier pledged in writing to the union that he will repeal his controversial bill overriding Charter rights on Tuesday and return to the bargaining table, CUPE has called off the strike by 55,000 school support staff.