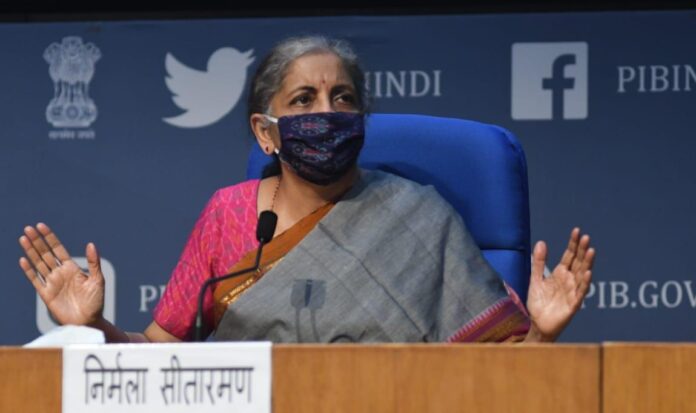 In a bid to stimulate demand in the economy, the government on Monday announced giving out cash vouchers to central government employees this year in lieu of leave travel concession (LTC) fare which could be spent only on buying non-food GST-rated items.

Finance Minister Nirmala Sitharaman said the employees could buy items that attract 12 per cent or more goods and services tax (GST). These purchases will have to be made in digital mode from GST-registered outlets.

Every four years, central government employees get LTC to any destination to their choice plus one to their hometown.

Since travel is difficult to undertake during the pandemic, the government will pay the entitled fare as cash vouchers which have to be spent by March 31, 2021, she said.

Central government payout on cash-in-lieu-for-LTC will be Rs 5,675 crore, and another Rs 1,900 crore will be payout by central PSUs and public sector banks, Sitharaman said.

The demand infusion because of this would be Rs 19,000 crore, and another Rs 9,000 crore if half of the states follow this guideline, she added.

The government on Monday announced a one-time Rs 10,000 interest-free festival advance to all its officers and employees as part of plans to increase consumer spending to spur demand in the economy.

But as a one-time measure, an interest-free advance will be given to all officers and employees of the central government, she said.

The repayment will be in 10 instalments, she said adding that Rs 4,000 crore is likely to be spent on this.

Govt to give Rs 12,000 cr interest-free 50-year loan to states for capital projects

Sitharman announced a Rs 12,000 crore interest-free 50-year loan to states for spending on capital projects in a bid to boost the economy.

The loan will have to be spent entirely on new or ongoing capital projects, she said adding that states can settle bills of contractors and suppliers but all the amount has to be paid before March 31, 2021.

The loan is over and above borrowing ceilings of the states and the repayment will be one bullet payment after 50 years, she added.

This will be in addition to Rs 4.13 lakh crore budgeted, she said, adding that the additional money will be for spending on roads, defence infrastructure, water supply and urban development.