Home News Flood Roundup: Govt says situation under control, post flood work on at...
Share on Facebook
Tweet on Twitter
Chandigarh, August 25: Giving an overview to the flood scenario in the State, an official spokesman of Government of Punjab informed that by and far, the flood situation is under control, but Deputy Commissioners have been directed to step up vigil in view of resumption of rainfall.
• DCs directed to step up vigil in view of resumption of rainfall
• Water level receding and Breaches Plugged
• Relief and Rescue operations in full swing
Water level in Sutlej river is going down. The current level is 82532 cusecs at Harike head,which intends to go down further by the evening.
Plugging work of Bholewal breach has been completed which was reported on August 19 as 170 feet wide and 45 feet deep. The minor breach was also identified in Mattewara area which was got plugged with timely efforts. Even the Mau Sahib breach has been plugged besides the 180 feet out of 320ft Meonwal breach. Besides, work on plugging about 500 feet wide breach at Jania Chahal village has been  initiated by the Army.
Remaining breaches would also be plugged soon, informed the spokesman. He added that strengthening work of village Tendiwala embankment is going on war level. In Kapurthala, at Tibbi the erosion has been checked and thus the breach was controlled. Even at Ahli Kalan breach of Dhussi Bandh was prevented by undertaking immediate repair work, including placing of gunny bags. 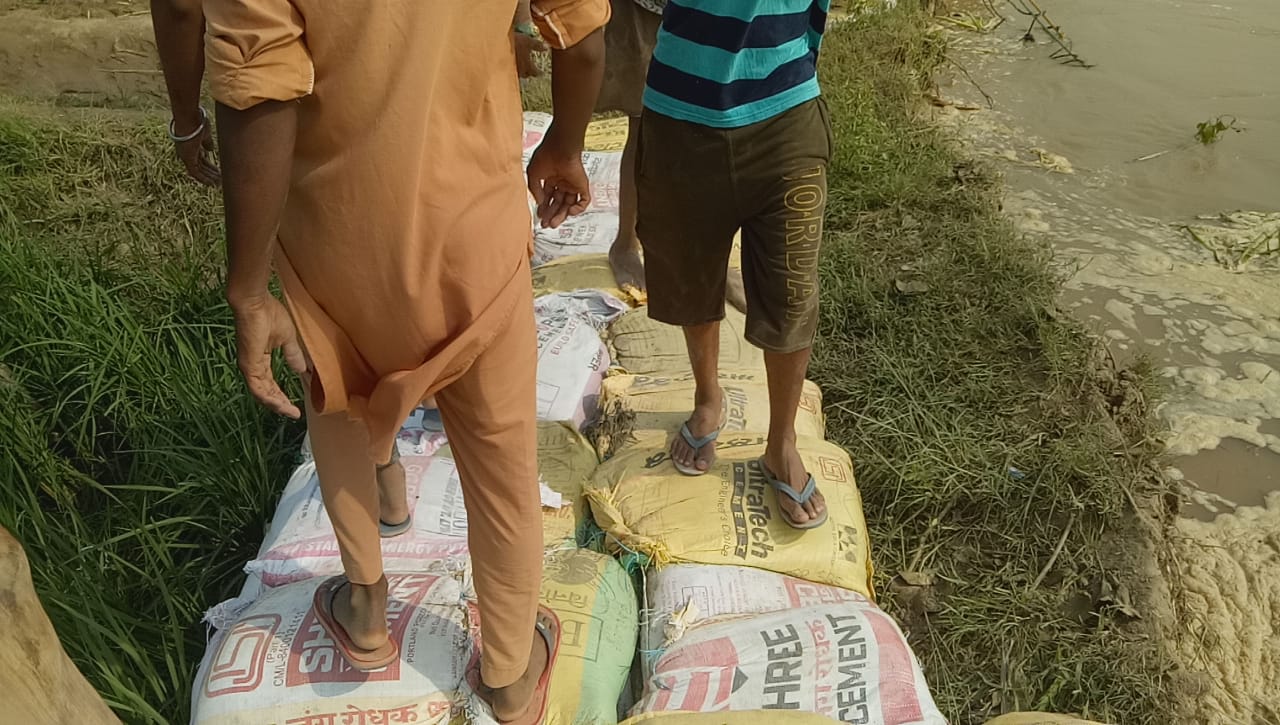 In Ferozepur, rescue operation is on and aid is being provided to the affected people. As many as 500 people have been attended by the rescue teams. Medicines and food packets are being distributed in villages. 20 relief centres are working round the clock, 16 medical teams and mobile boat units are working in each village. 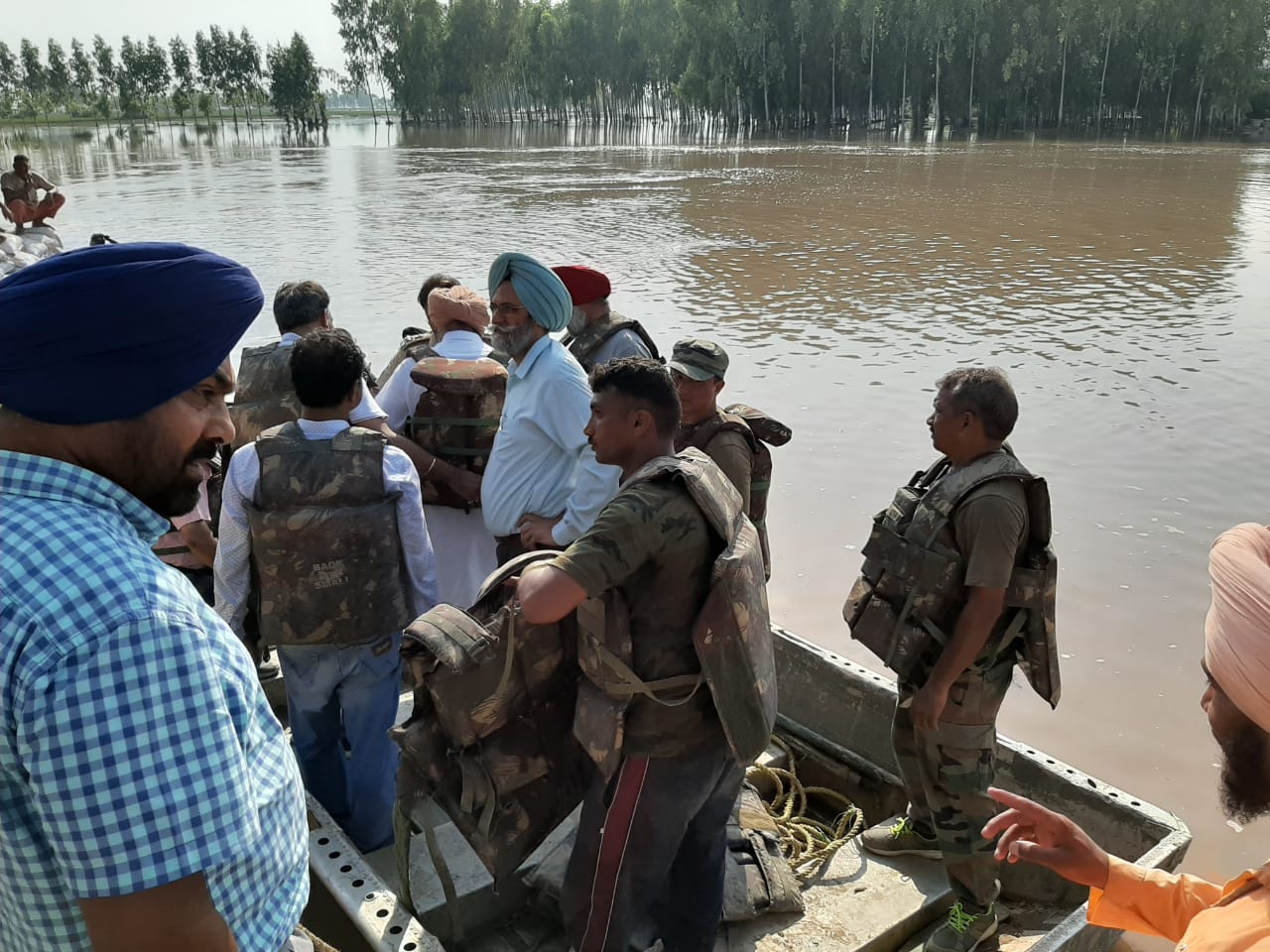 In Ludhiana, situation is under control. Vaccination of all livestock has been done in flood-affected villages. As per information provided by animal husbandry department, 13 cattle and buffalos have been lost life to floods. More than 2000 livestock has been vaccinated so far. A booster dose is being given to livestock of the most affected villages. Only 50-60 people were needed to be evacuated during heavy rains in district Ludhiana.
The relief and rescue scenario of Jalandhar is at full swing with 4 teams of NDRF, 3 teams of SDRF and 4 columns of Army and 15  boats pressed into action. So far, 36000 Food packets have been airdropped while total number of people lodged in relief camps is around 2000. Health department has arranged for 14 camps and 18 have been put up by the Animal Husbandry department.
The total number of people who have been affected by the floods is approximately 32000, while number of villages where crops have been partially or totally damaged is around 100 covering an area of approximately 55000 acres. Nearly, 18000 people stuck are in Lohian and since the water is receding so boats cannot be operated but district administration is bringing in tractors and trolleys for the stranded.
In Kapurthala, 87 villages (48 with Abadi and 39 be-chirag) were affected and 20 villages were cut-off from land, 1777 Households comprising 9578 persons are in the affected 20 villages. 4800 food-packets have been air-dropped at these villages, The 1930 ration units including 800kg milk powder has also been distributed. 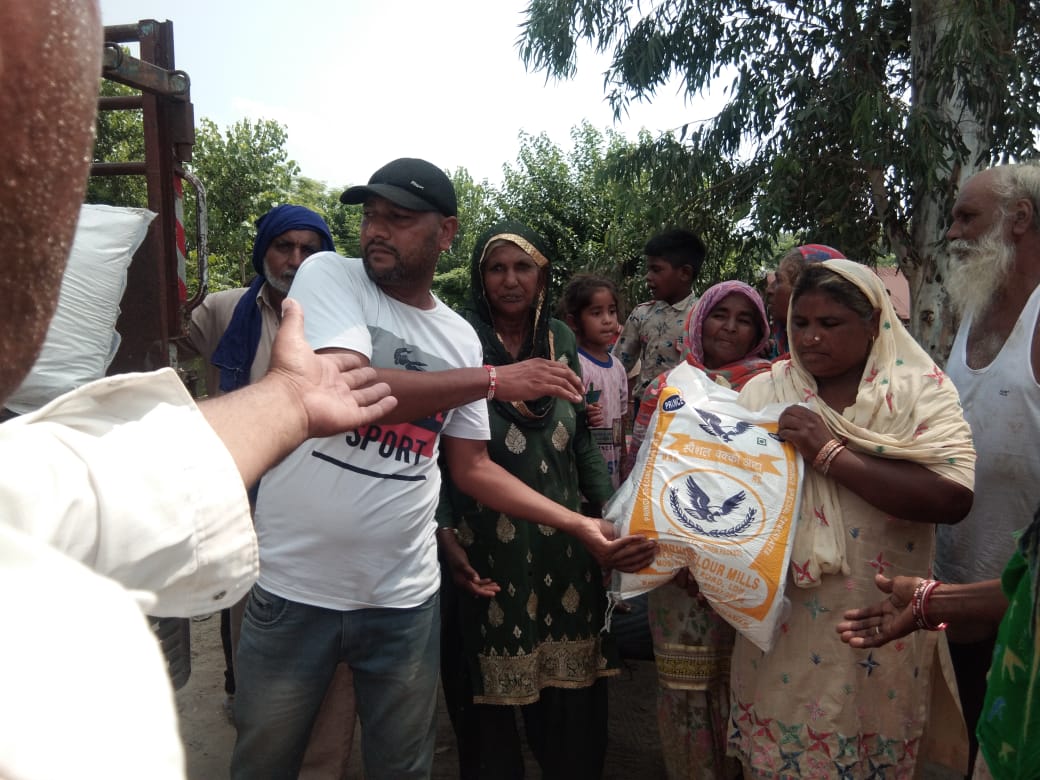 Each ration unit is sufficient for 3 days. 325 persons have been evacuated so far. 233 Rescue Personnel and 14 Boats are deployed to intensify the pace of rescue and relief. 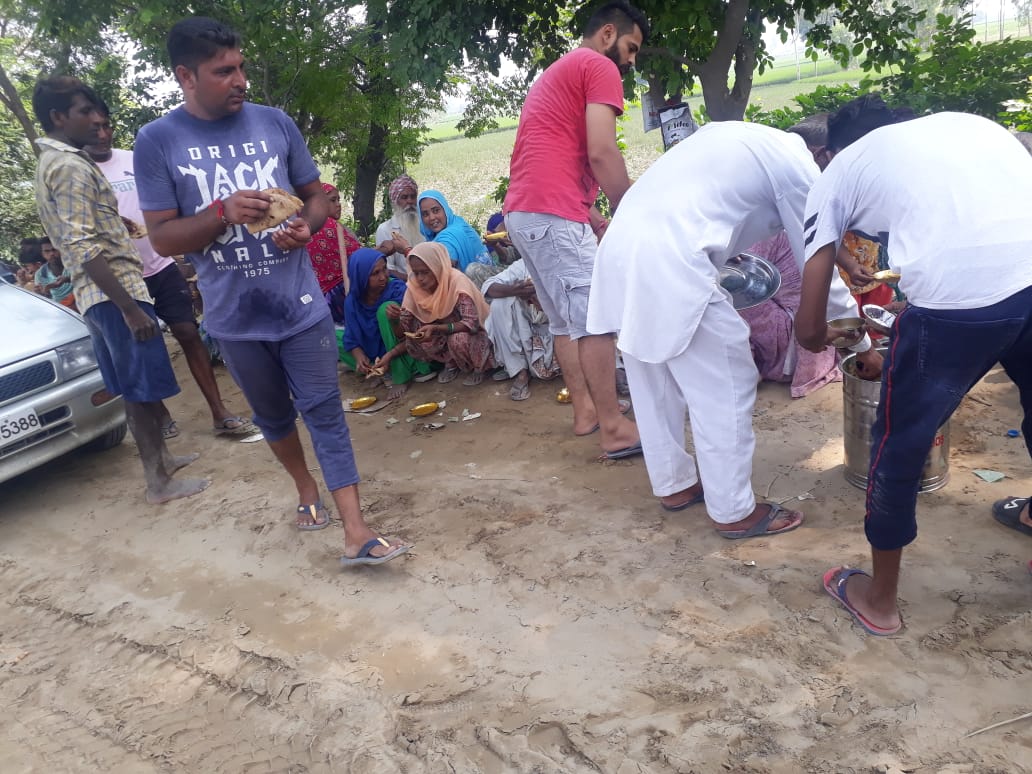 Post flood measures including intensified fogging by health department is on to prevent the outbreak of diseases. Aiming to provide quality medical facilities to the people stranded in flood-hit villages at their doorsteps through the boats, permanent stay of mobile medical teams in affected villages has ordered the till the situation gets normal. The teams would help to check the spread the water-borne diseases in the flood-hit areas. 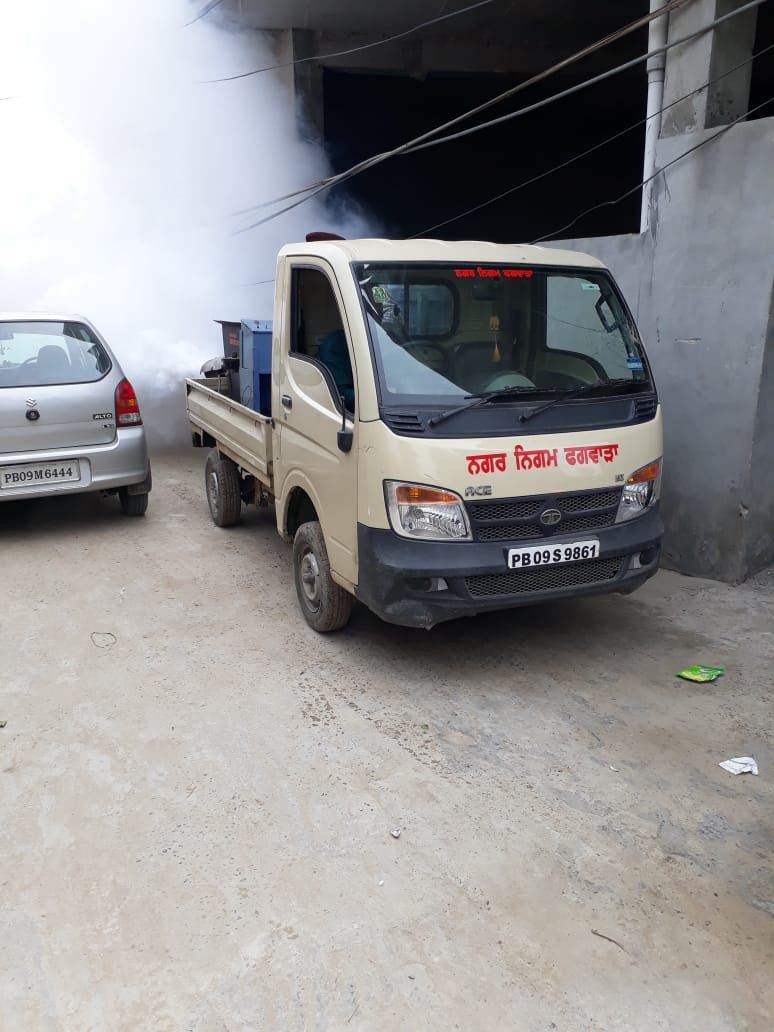