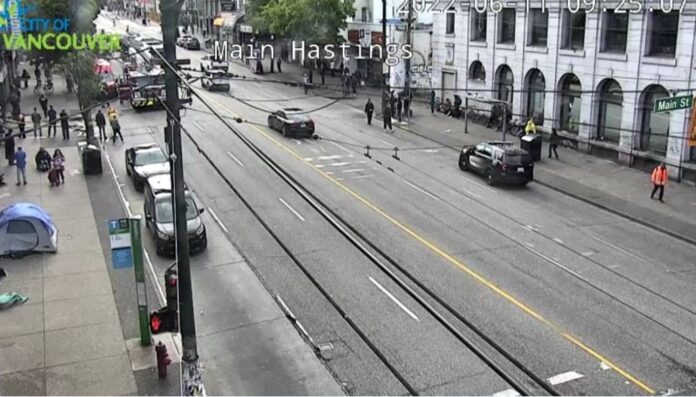 Vancouver, June 11: Police and firefighters are investigating after an explosion and fire at a single-room occupancy hotel near the intersection of Hastings and Main streets in Vancouver Saturday morning.

One person had died in the incident at the Hotel Empress and two more were taken to hospital for treatment.

Crews arrived shortly after 7 a.m. to what Pereira described as “pandemonium” outside the building. 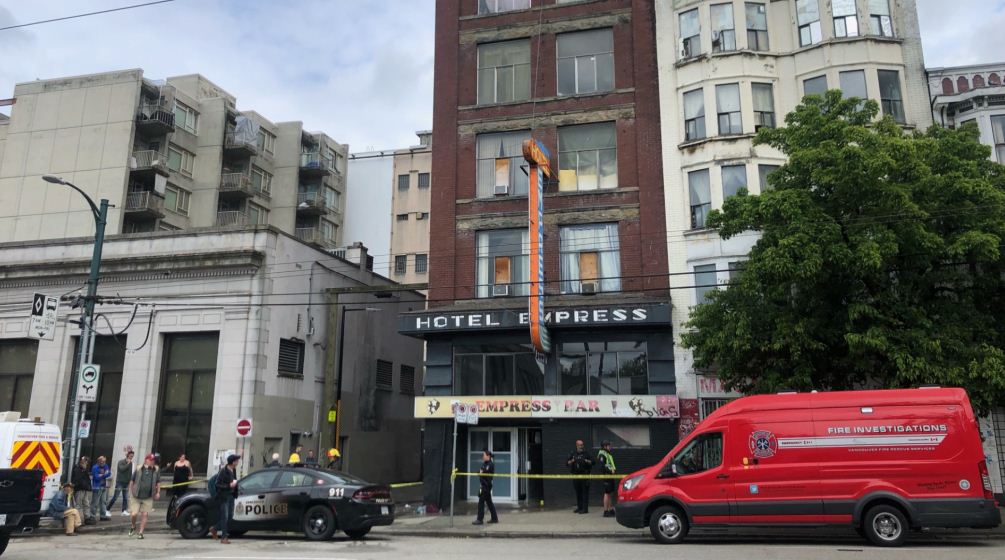 The cause of the explosion and fire is still under investigation, but Pereira said it appears to have been related to a lithium-ion battery, possibly the battery of an electric bicycle.

He said fire crews were able to contain the fire to the room where it originated.

The building’s second floor was evacuated, Pereira said, adding that Vancouver police were on scene conducting an investigation to determine whether the incident was criminal in nature.

An engineer has also been called to assess the structural integrity of the hotel.

The fatal incident is the latest example of an increase in deadly fires across B.C. highlighted earlier this week by the provincial fire commissioner.

Brian Godlonton released his office’s annual report on Wednesday, showing a 119-per-cent increase in fatal fires across the province in 2021 compared to 2019.

There were 59 fire-related deaths last year, up from 27 in 2019. With 33 deaths already recorded in 2022 before Saturday, this year is on pace to break records.

Perhaps the most notable deadly fire of 2022, so far, happened in another Vancouver SRO.

Flames tore through the Winters Hotel in the city’s Gastown neighbourhood on April 11, killing residents Mary-Ann Garlow and Dennis Guay and displacing the building’s other 69 residents.

Though BC Housing initially said everyone who lived in the building was accounted for, the bodies of Garlow and Guay were found during the demolition of the building on April 23.