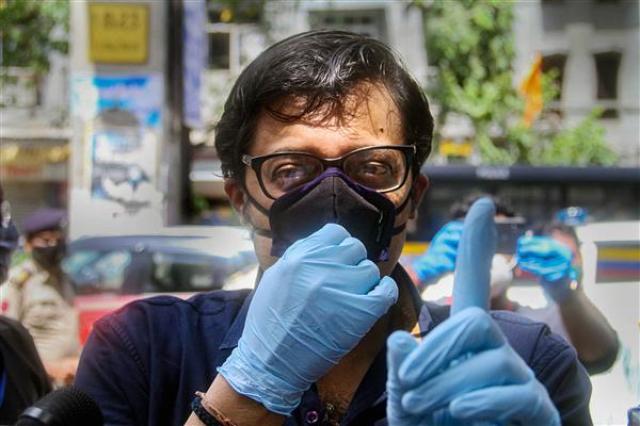 An FIR was registered against four journalists of the news channel Republic TV here on Friday for allegedly defaming the Mumbai police and trying to cause “disaffection” among members of the police force.
Republic TV termed it as an “assault on media rights” and said it will fight every “strongarm tactic”.

The FIR, registered at NM Joshi Marg police station in the city, pertained to a report run by the channel about a ‘revolt’ against the city police commissioner by senior officers, an official said.

The first information report was filed under Section 3(1) of the Police (Incitement to Disaffection) Act, 1922, along with IPC Section 500 (defamation) on a complaint by sub inspector Shashikant Pawar of the Special Branch, he said.

The accused aired a report on Thursday between 7.00 pm to 7.10 pm about a ‘revolt’ against Mumbai Police Commissioner Param Bir Singh by senior police officers, the FIR said, claiming that this amounted to incitement to disaffection among members of the police force and defamation of the force.

In its reaction, the news channel said the FIR was a “shocking assault on media rights”.

“This is happening for the first time in the world, the Mumbai Police Commissioner is not above the Constitution and the law,” it tweeted.

“In a brazen, blatant and shocking attack on press freedom by Mumbai Police, Republic Media Network has been issued notice to submit details of every transaction since inception and list every single journalist and employee. We will fight each and every strongarm tactic,” the channel said.