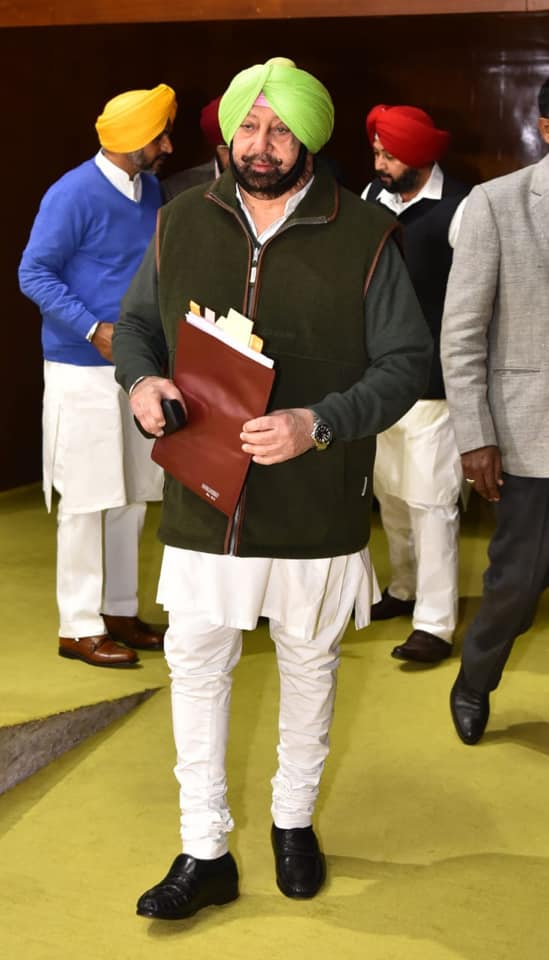 Chandigarh, February 13: Punjab Chief Minister Captain Amarinder Singh on Wednesday said his government was prepared to consider 100% subsidy for groups of poor farmers of the Kandi area for fencing their fields against stray animals. The Chief Minister made the statement in the Vidhan Sabha on the second day of the Budget Session.

Intervening during the question hour on the issue raised by MLA Jai Krishan Rodi, the Chief Minister said that the state government was fully seized of the matter and was making all-out efforts to protect the crops of farmers from stray animals.

Captain Amarinder pointed out that his government was already providing 50% subsidy to farmers for fencing their fields and a pilot project had been launched last year under which total subsidy to the tune of Rs 4.21 Crores had been given to 563 farmers in Kandi.

Responding to a suggestion made by AAP MLA Kanwar Sandhu, the Chief Minister assured the House that the government would consider the proposal to allow fencing subsidy for groups of poor farmers, instead of providing individual subsidy.

It may be noted that the Forest department had already issued a notification to give permits for hunting wild boars and blue bulls to protect crops from any damage. The department was also organising special camps to make people aware of the problem.