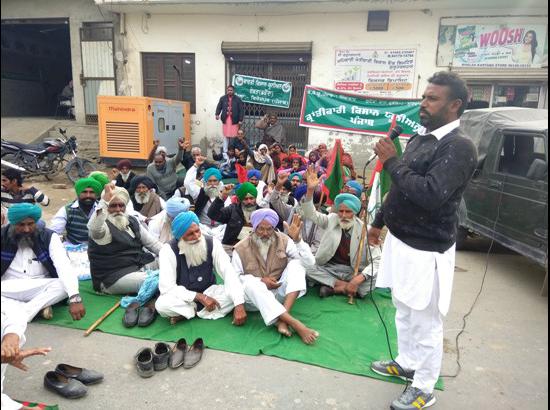 Ferozepur, December 28, 2017: With the arrest of two farmers for non-payment of bank loan, on Wednesday the farmers locked the bank officials and protested outside the Punjab Agriculture Development Bank – PADB Guruharsahai. 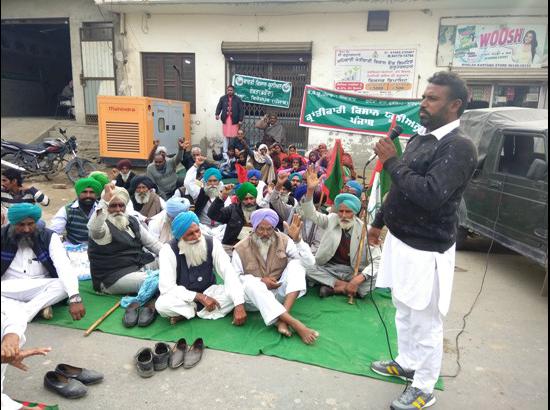 All bank officials, including manager Baljit Singh Brar, remained detained on the bank premises throughout the day and no customer was allowed to go inside the bank.

The farmers were demanding the immediate release of the two farmers who were arrested on December 22 for non-payment of the loan. They said the Congress-led state government had betrayed the farmers of the state.

As per the information, farmer Vazir Singh of Chakk Shergah village had borrowed Rs 80,000 in 1996 and Jagir Singh of Megha Rai village had taken a loan of Rs 1 lakh in the same year.

Bank officials said while Vazir did not pay back anything, Jagir paid installments till 2005. Brar said both farmers had taken the loan under the non-farming sector and not for agricultural purposes.

Brar said they had received arrest warrants of seven such persons from the higher authorities, who had taken the loan under the NFS but faltered to pay back the same. Two of them were arrested.  The rests of them are not traceable so far, the third party security in the form of land has also been reported to be sold, he added.

While SAD leader Vardev Singh Noni Mann said, the Congress government has not fulfilled its pre-poll promises with the farmers, Malkit Singh Thind, AAP leader also from Guruahrsahai said, it is not understood as to why the government is delaying in waiving off the loans of the farmers when hundred of farmers are committing suicides.