Chandigarh, May 9: Angry farmers in Punjab have threatened to burn crop remains on Tuesday. The move comes after the Punjab government didn’t respond to their requests to be compensated for not burning crop residue, a Bharat Kisan Union representative said. 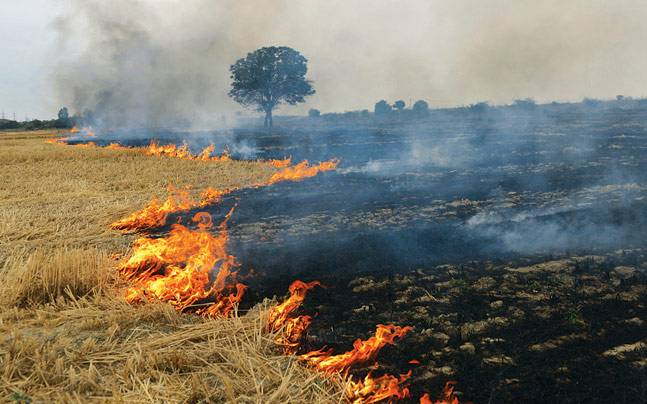 Having failed to get their loans waived, Punjab’s farmers have now threatened to burn crop remains on Tuesday to express their anger against authorities imposing fines for burning wheat stubble.

Under the banner of the Bhartiya Kisan Union (BKU), the farmers had given the Punjab government a week’s time to compensate them for scientifically managing crop remains, as that will be expensive. They submitted memorandums through Deputy Commissioners.

“Farmers are being fined Rs 1,250 per acre for burning the crop residues. We have demanded a compensation of Rs 2,000 per acre for not burning the crop remains. We haven’t heard anything from the government so far, so we will go ahead with our protest and will publicly burn the residue on May 9 as a protest,” General, Bhartiya Kisan Union (BKU) Sukhdev Singh Kokri told India Today.

Sukhdev Singh Kokri said the wheat stubble had to be burned, as the Punjab government hadn’t announced any plan to compensate them.

Managing the stubble scientifically requires investment too, which is beyond the ways and means of the already stressed farming community, he said.

The BKU has also slammed the state government’s plan to sell power to Pakistan, and has demanded uninterrupted power supply for eight hours – as promised by Congress leaders during the Assembly elections.