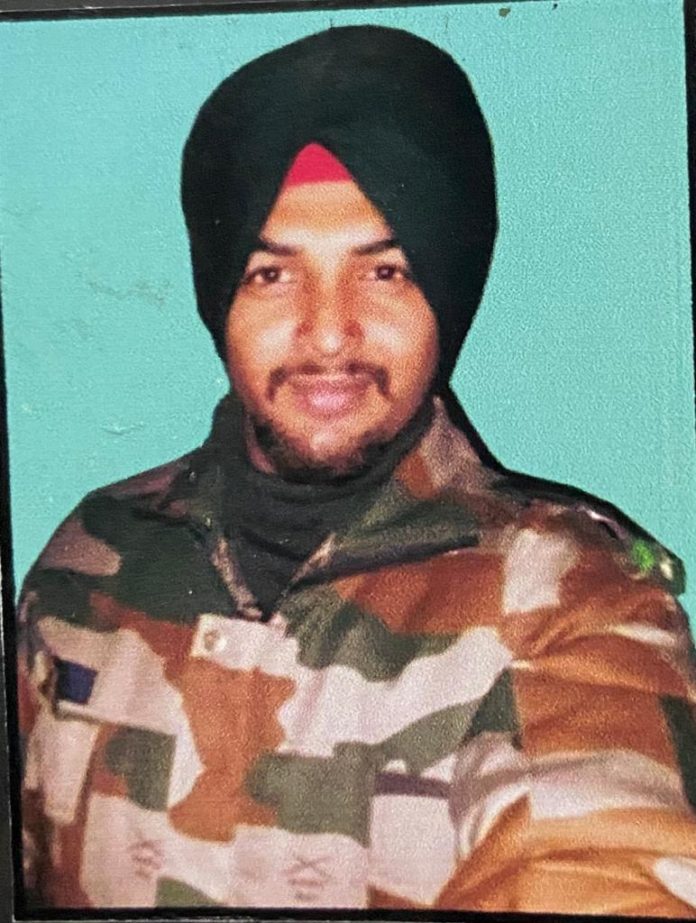 Chandigarh, July 7: Punjab Chief Minister Captain Amarinder Singh on Tuesday announced ex-gratia compensation of Rs. 50 lakh, along with government job to a family member of Naik Rajwinder Singh of 53 Rashtriya Rifles (24 Punjab), who laid down his life in the line of duty.

Extending his sympathies to the family of the 29-year-old Patiala youth, who died while fighting bravely with terrorist in Pulwama area of Jammu & Kashmir to defend nation’s unity and integrity, the Chief Minister said the state government would provide all possible help and support to the bereaved family.

The martyr was enrolled into the Punjab Regiment on March 24, 2011 and after completion of his training joined the 24 Punjab, where he displayed exemplary mettle and valour by doing extremely well in Ghatak Platoon, which comprises of the most physically & mentally fittest soldiers of the unit. Thereafter, he volunteered to be posted for Counter Terrorists Operations in 53 Rashtriya Rifles and was posted in Jammu & Kashmir and attained martyrdom.