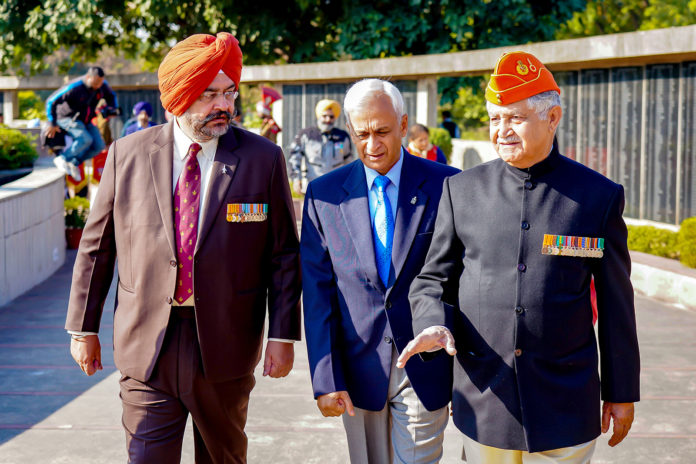 CHANDIGARH, DECEMBER 7: To mark the National Flag Day, and setting the stage for the main Military Literature Festival (MLF) 2019, the former chiefs of the Indian Army, Navy and Air Force on Saturday paid their tributes to the martyrs at the War Memorial here.

The wreath-laying by former service chiefs General V P Malik (Retd.) along with Air Chief Marshal B S Dhanoa (Retd.) and Admiral Sunil Lanba ( Retd.) honoured the great sacrifices of the fallen soldiers who attained martyrdom defending the sovereignty and integrity of the nation in their line of duty. 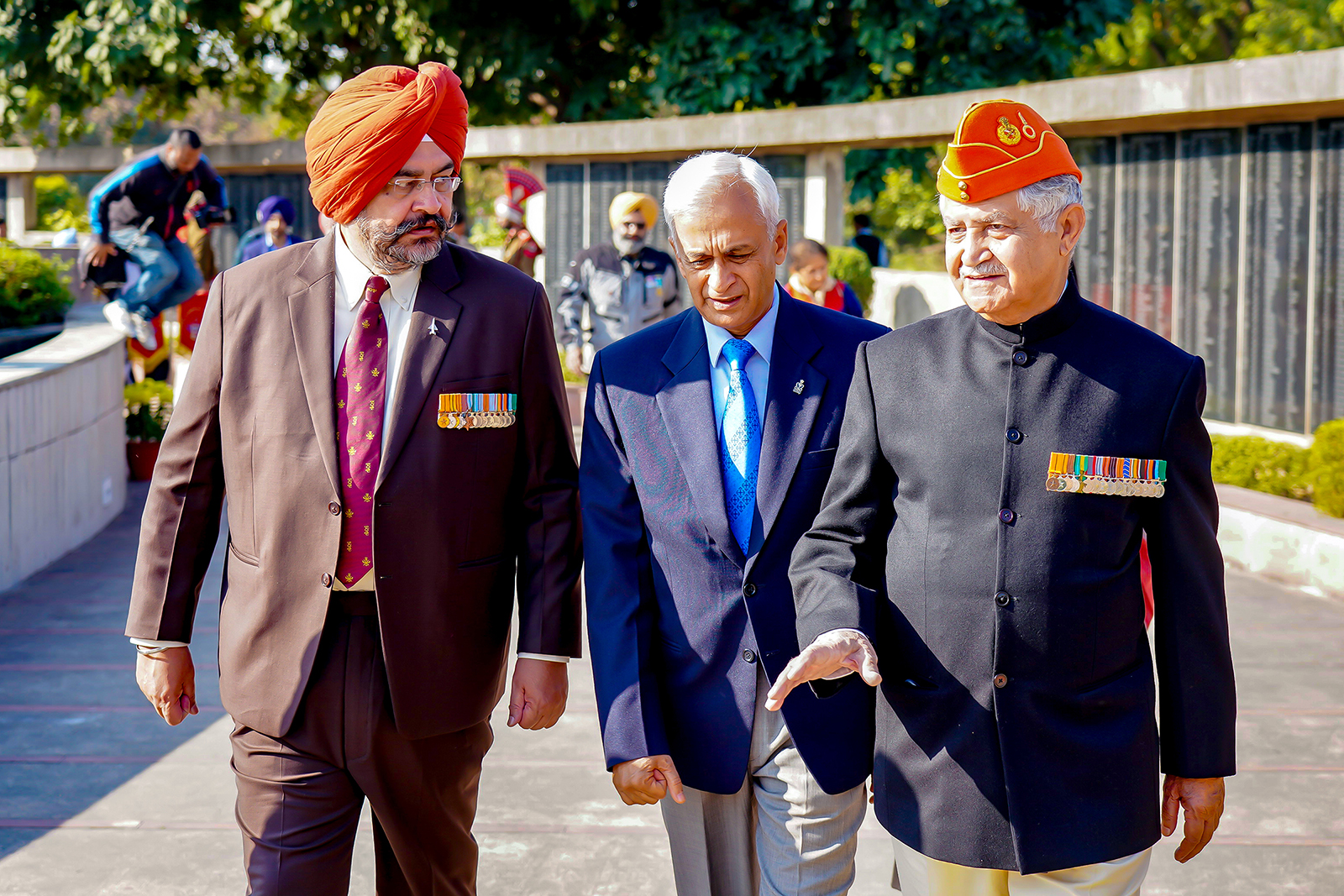 The Guard Of Honour was presented by the Punjab Police contingent, while police jawans also played the piper band on the occasion, at which NCC cadets from Punjab and Haryana Directorate, and students of local city schools as well as people from all walks of life joined in offering their respects to the martyrs.

After the wreath-laying ceremony, the former Service Chiefs, along with Senior Advisor to the Punjab Chief Minister Lt. Gen. T S Shergil (Retd.), flagged off the Bravehearts Motorcycle Ride, lauding the participants for their endeavour in disseminating the message to guard against drug abuse.

Streaming out here from outside the Chandigarh Club, 425 dashing drivers, including veteran defence and serving officers, amplified the state government’s Anti-Drug drive, as they urged the youth to shun the path of drugs and live their lives with verve, vigour and dignity, as exemplified by the ethos and culture of the armed forces. 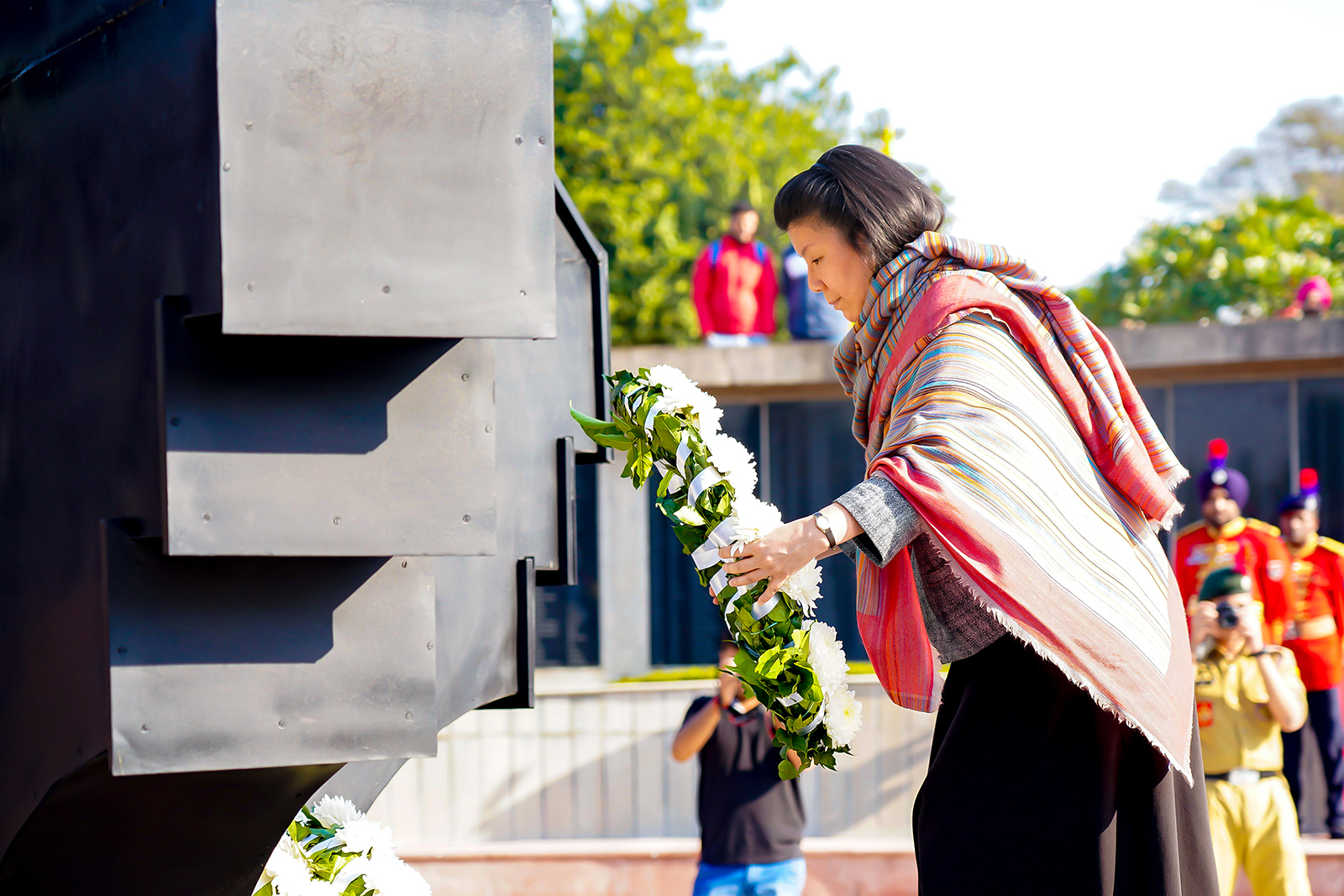 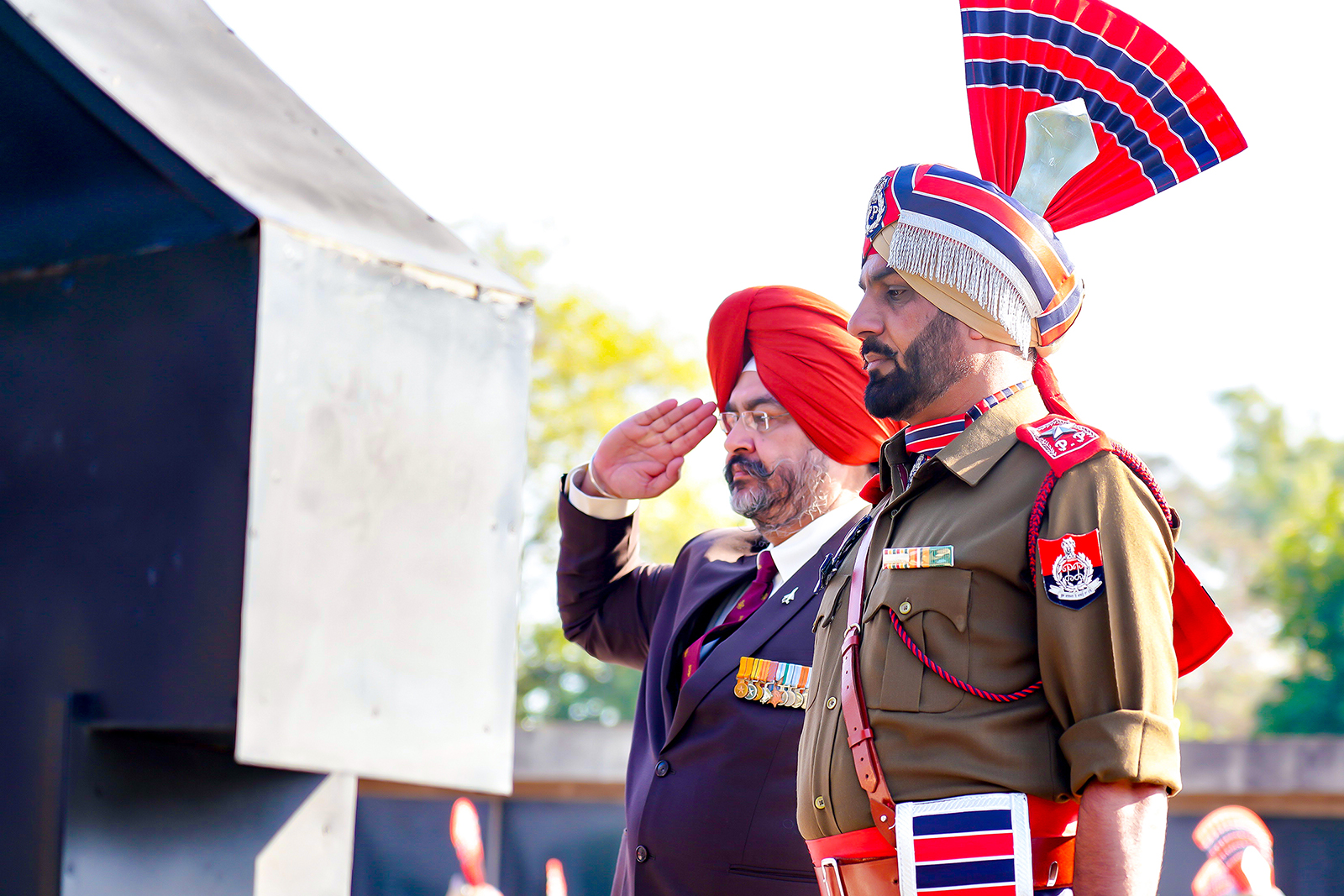 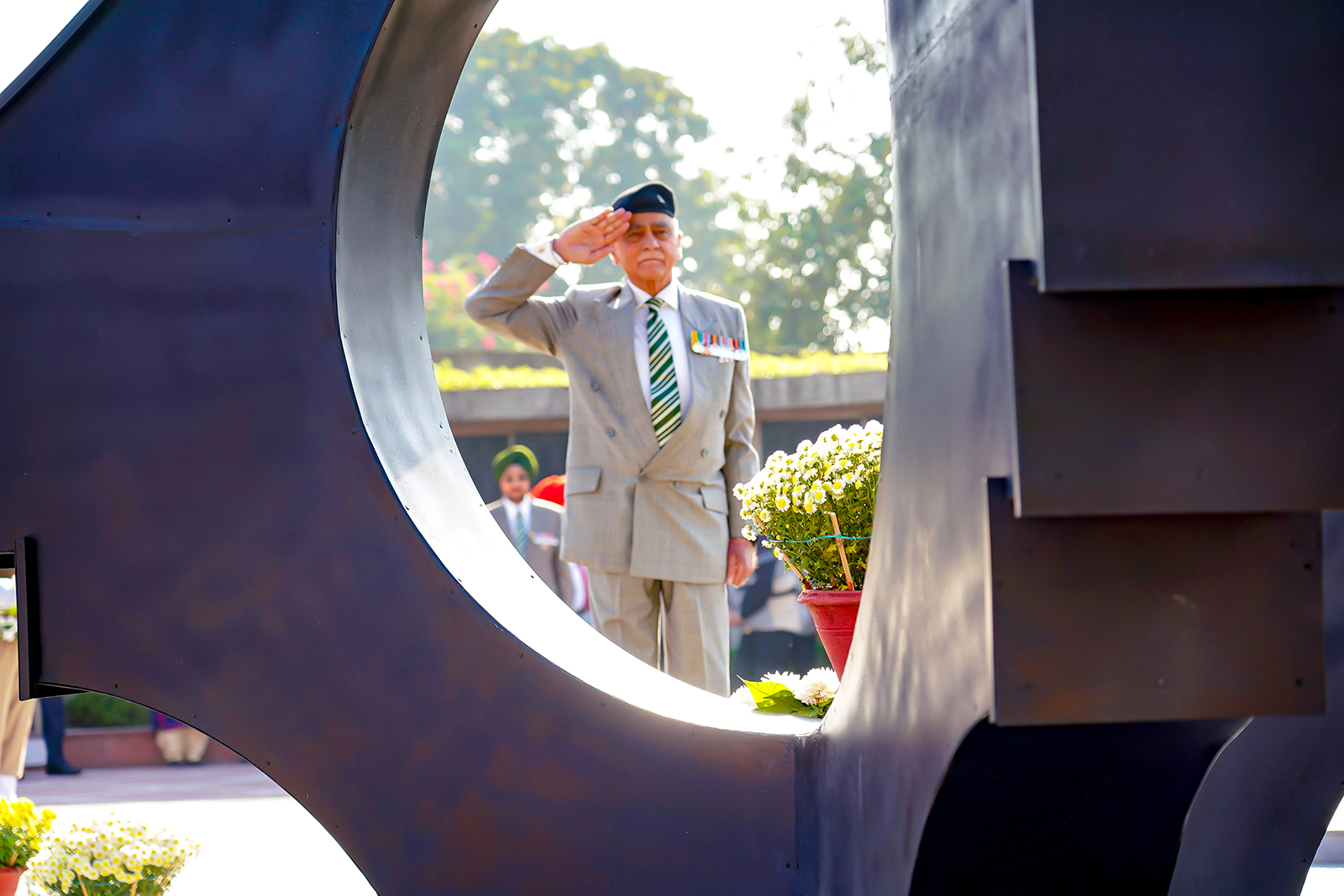 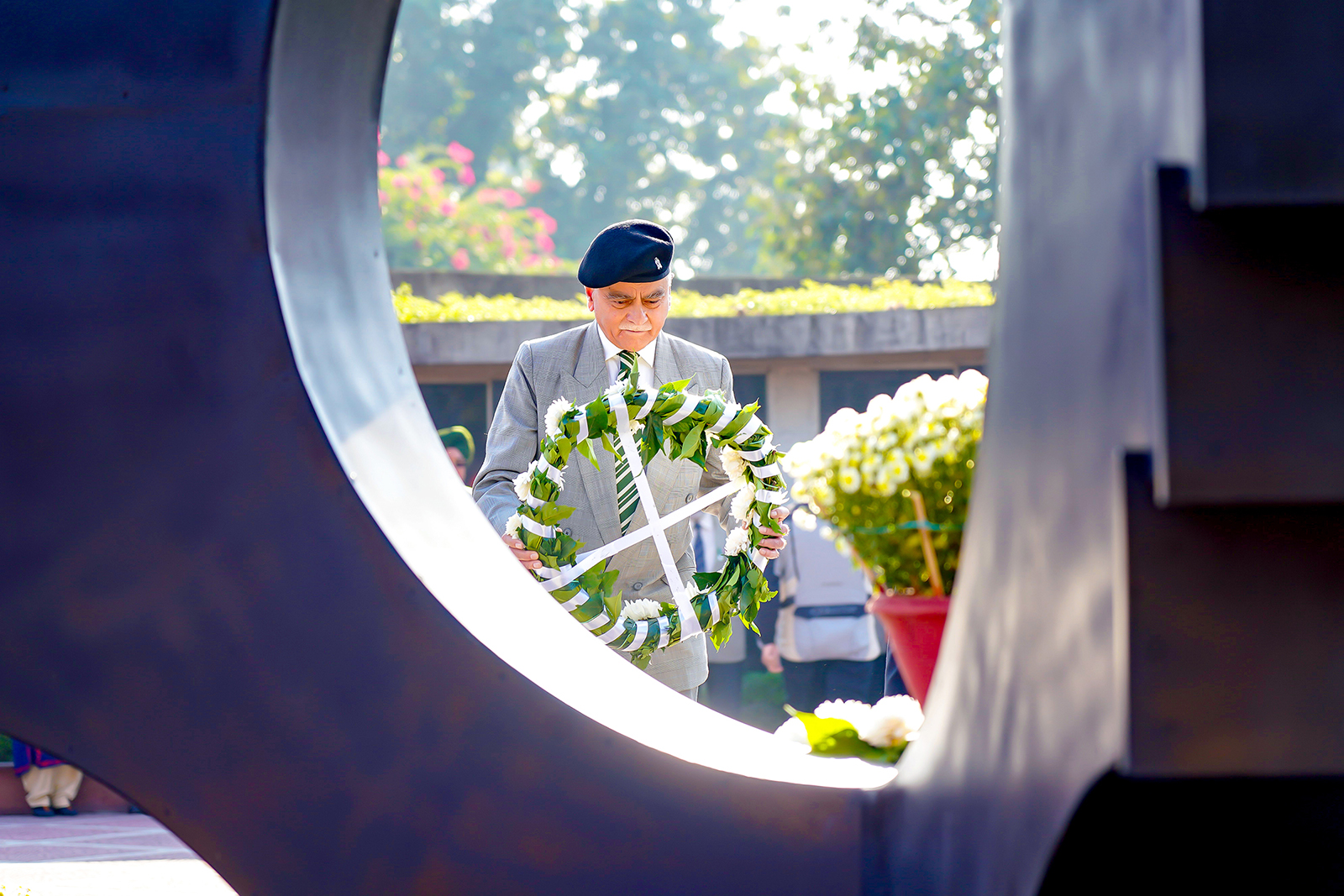 The ride, designed to encourage riders from across the northern region, also witnessed 12 groups aboard their Royal Enfield machines, joining the veterans on National Flag Day in paying homage to the supreme sacrifice of the fallen soldier.

Adorning attractive MLF arm bands, the Triumph, BMW, Harley machine riders were greeted with cheers as they drove through the city to their destination, the Chandimandir Cantonment. The Blue on the shoulders of veterans symbolized sacrifice as a mark of respect to their comrades.

The twelve groups which took part in the ride included The Thumpers, The Fbi Bulls, The Bajaj Avengers, The Brotherhood Circle besides The Hh 100 Te, The Soaring Eagles, The Road Survivors, The Highway Riders and The Nomads, The Road Runners, The Trag & The Royal Enfield Zirakpur constituted the twelve rider groups which participated in the rally.

Complementing the organisers for coming up with these novel ideas to promote a well deserved cause, General Shergill, who is also the Chairman of the MLF Association, called for more such events in the future.  The Fest was primarily aimed at invoking patriotism amongst the youth and giving them exposure to the rich military history of Punjab, he added, lauding Punjab Chief Minister Captain Amarinder Singh for taking the personal initiative to ensure the success of this mega event since its launch in 2017.

The three-day main event, from December 13 to 14, will provide a conducive platform for liberal, inclusive and stimulating exchange of ideas on issues of international, national and regional significance, besides offering a rare peep into the life of defence personnel.