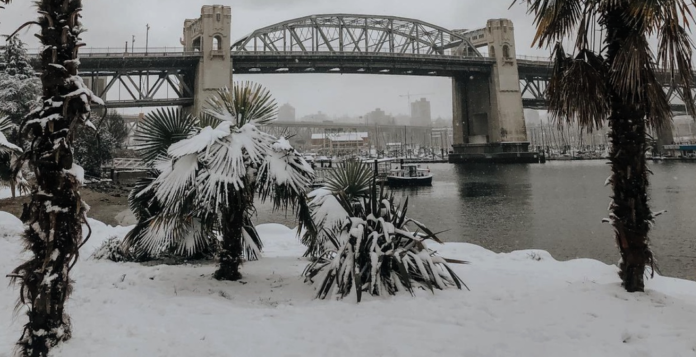 It’s the first significant snowfall of the season and is expected to create challenging driving conditions.

A powerful low-pressure system is set to hit Vancouver Island Tuesday afternoon, bringing the first significant snowfall of the season. from the late afternoon. to early Wednesday morning. 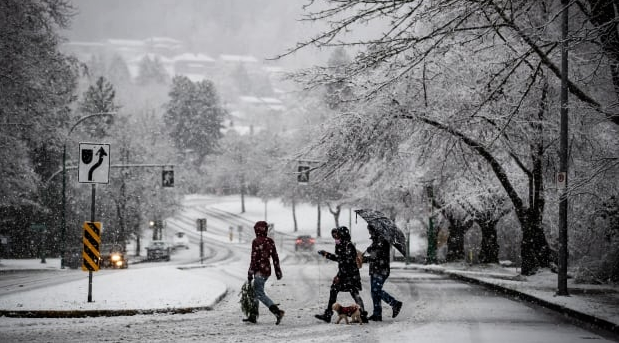 The snow is expected to create challenging driving conditions.

It’s forecast to transition to rain or taper off to a few showers or flurries early Wednesday morning for Metro Vancouver and Abbotsford.

For the Fraser Valley east of Abbotsford, the snow will taper off Wednesday evening.

“Snowfall accumulations will vary across the Lower Mainland,” wrote Environment Canada in a snowfall warning.

The heaviest snow will be in North Vancouver, Coquitlam, and Maple Ridge, where between 10 and 20 cm are could fall.

Up to 25 centimetres of snow is forecast for higher terrain, as well as in Chilliwack and Hope.

For the cities of Vancouver, Burnaby, New Westminster, Surrey, Langley, and Abbotsford, 10 to 15 cm of snow is expected.

City crews across the Lower Mainland have been out in full force since Monday to try and prepare arterial roads.

In Surrey, brine trucks had already covered all of the major commuter routes by Tuesday morning.

“We try to get ahead of it because we don’t want that actual snow to bond to the asphalt because it causes ice and just takes more time for our crews to respond to. We want to make sure the roads are in good shape for the travelling public out there,” said Matt Brown, street manager for the City of Surrey.

The work yard in Newton stores more than 17,000 tonnes of salt.

Brown says it’s important to slow down and be wary of workers out on the road.

“You can see our crews out there. If you see them out there responding, just give yourself lots of time when you’re travelling. If you see crews working ensure that you give them lots of space and time to do their job out there,” said Brown.

Most municipalities prioritize arterial routes first and then turn their focus to neighbourhoods.

As temperatures plummet across the region, municipalities across the Lower Mainland are opening shelter spaces for those in need.

Snow, sub-zero temperatures, and strong winds are putting those who live on the street in danger.

Share
Facebook
WhatsApp
Print
Previous article
Moscow postpones round of nuclear arms control talks with the United States
Next article
Days after ‘traitor’ slur, Gehlot and Pilot put up show of unity ahead of Rahul’s Bharat Jodo Yatra in Rajasthan