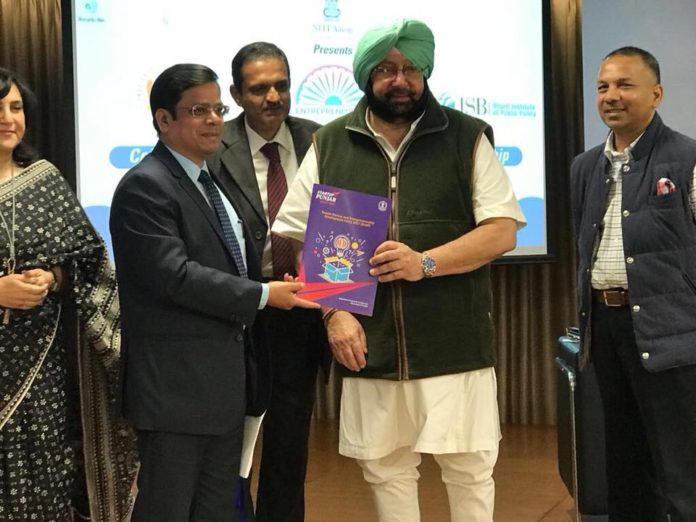 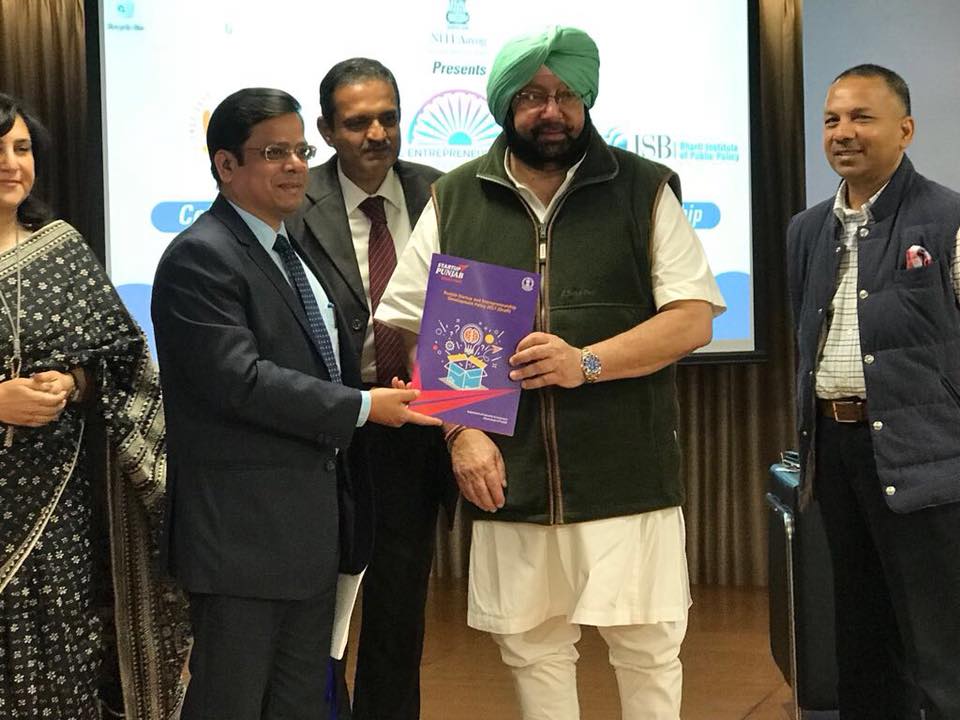 In his inaugural address at the `Road to GES’ programme ahead of the Global Entrepreneurship Summit 2017, slated to be held in Hyderabad later this month, the Chief Minister said women were more committed in terms of dedication towards industrial entrepreneurship and his government was doing everything possible to facilitate them.

The Startup and Entrepreneurship Development Policy will go a long way in boosting the state’s efforts to promote entrepreneurial culture, especially among women, he added. The Road to GES, focused on ` Celebrating and Empowering Women in Entrepreneurship’, was organized by NITI Aayog in partnership with FICCI and ISB. 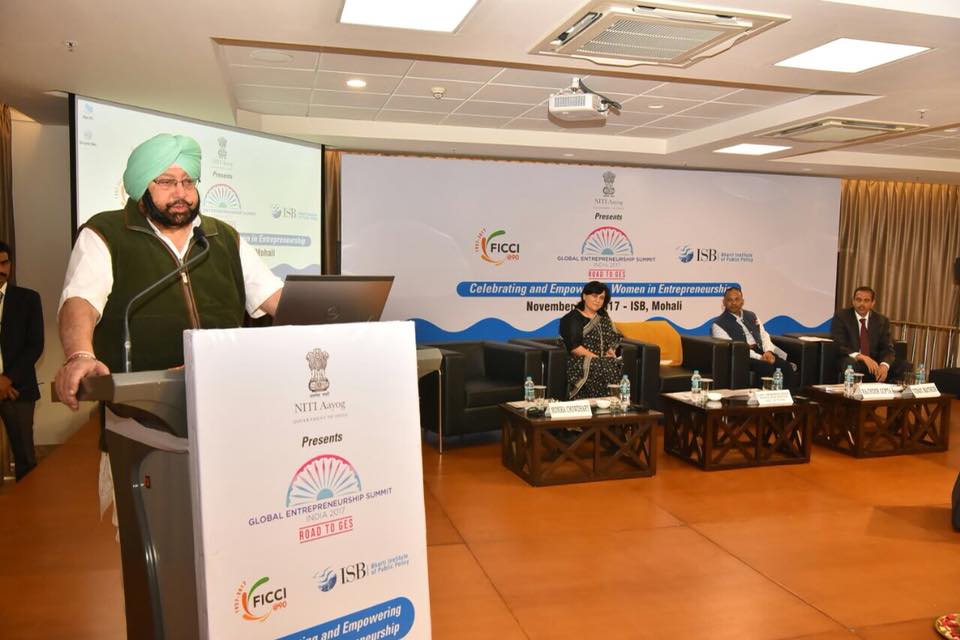 Inviting suggestions and feedback to the draft policy, the Chief Minister said his government was focused on making the state competitive for industrialists, and the draft policy, along with the Industrial Policy brought out earlier, would facilitate industrial development in the state. He cited his government’s decision to fix power rate at Rs 5 per unit for industries, along with other measures being taken to boost industries, as being motivated by the motto of `Business First’.

His government, said the Chief Minister, was focused on empowerment of women and was enhancing their participation in decision-making, having already increased women’s reservation in Panchayati Raj Institutions and urban local bodies to 50%. Captain Amarinder expressed the hope that other states would follow Punjab’s example in the matter of reservation of seats for women. 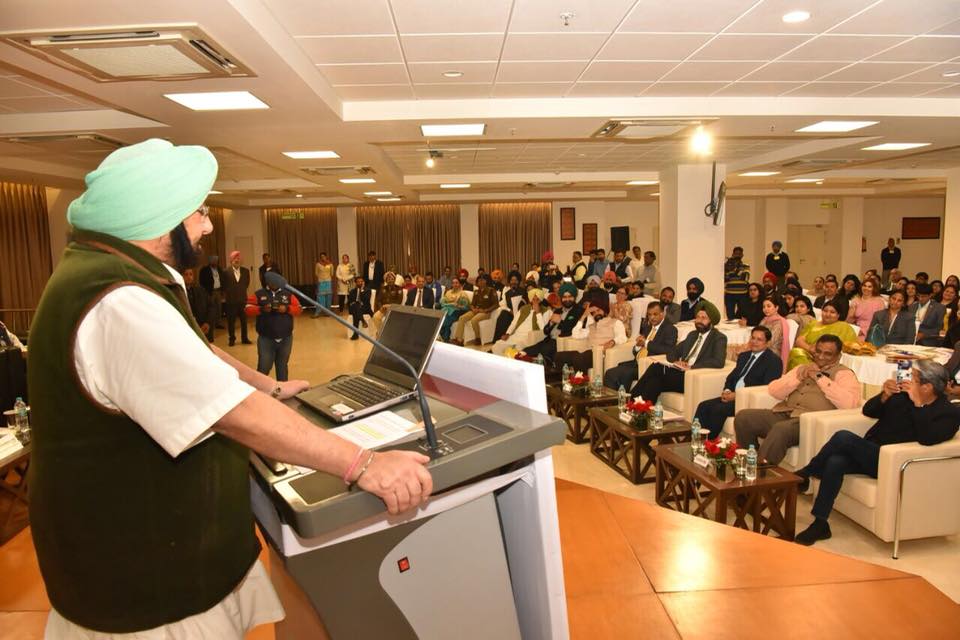 Women empowerment was critical to the development of the state, said Captain Amarinder, adding that during his meetings with captains of industry, he had mentioned to ICICI Bank MD & CEO Chanda Kochhar that the best way to help Punjab was to enhance the income of the women of the house. Lauding women for their stellar role in the development of India as a brand, the Chief Minister cited the example of PepsiCo Chairperson & CEO Indra Nooyi, who had emerged as a role model for all visionary and successful women.

Blaming the previous government in Punjab for not doing enough for the technology-driven industry, Captain Amarinder said his government was committed to getting the state back on the track of progress. He lamented the lack of thrust on industry in Punjab over the years, with agriculture being promoted more than other sectors, causing the state to lag behind on industrial and other important fronts.

While Punjab needed to continue promoting agriculture, diversification was important to bring the state out of the prevailing agrarian crisis, said he Chief Minister, adding that the state government was keen to work with bodies like FICCI to boost the state’s development. Referring to the SYL issue, the Chief Minister said nobody wanted to stop sharing water if there was surplus of it.

The Chief Minister, who honoured six entrepreneurs including five women, also came out in praise of Trident Group chairman Rajinder Gupta for his business success in Punjab and said everyone was welcome to come to the state to do business.

Gupta, who is also Regional Chair – FICCI and Vice Chairman Punjab State Planning Board, underlined the role of women in fostering the overall social and industrial growth. The women entrepreneurial community should be provided with all safety nets to create a self-sustained path of development, he said, while appreciating the Chief Minister for his dynamic role in enabling Punjab to provide a conducive environment for nurturing capacity building in startups.
Gupta further said there was need to aggressively support women who have always proved that they have the inherent ability to offer innovation in startups.

Monica Chowdhary, Chairperson FICCI FLO Ludhiana, thanked the Chief Minister for providing proactive leadership in supporting women set up their own ventures. Punjab is known for industrious people and women especially are involved in managing their own business ventures and in creating jobs at all levels of economy, she said.