Education workers and supporters call on province for better deal 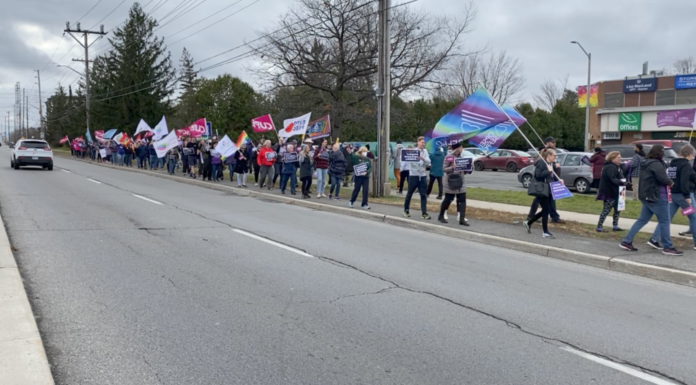 Ottawa, November: Education workers and supporters rallied in an Ottawa suburb on Saturday, pushing for a better contract from the provincial government for CUPE (Canadian Union of Public Employees).

“Bill 28 still needs to be repealed, we were made a promise and that needs to get done,” said Jessica Sheahan, an early childhood educator who is also the regional strike committee lead in Ottawa. “We were hoping for that to be immediate, but Monday it is and we want a fair deal for our students and our workers. 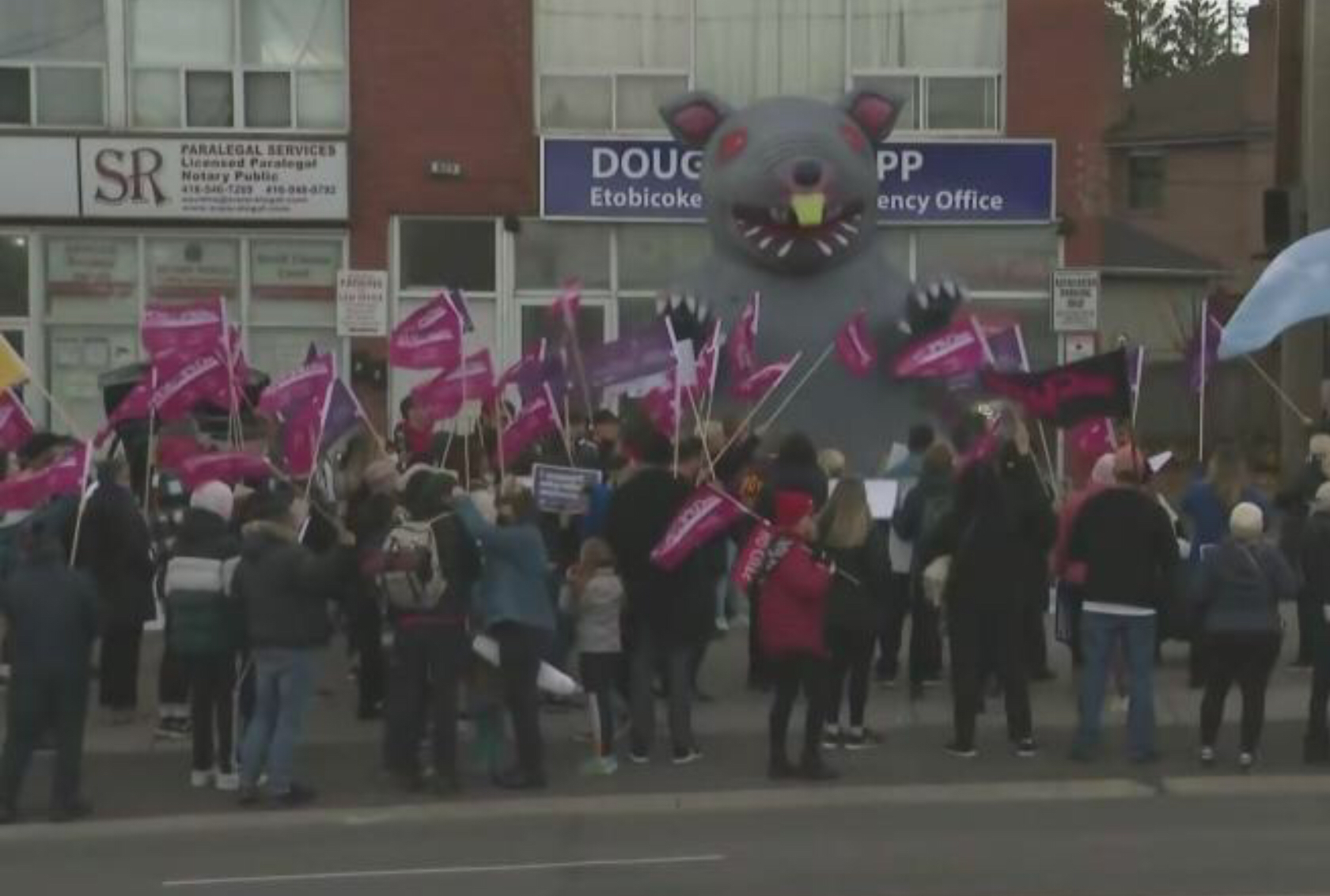 This week, Premier Doug Ford promised to revoke Bill 28, which banned a strike and imposed a contract. While education workers have returned to the job, the union says its fight for a fair deal isn’t over.

Meanwhile, solidarity rallies were held across the province including outside Ford’s constituency office.

A spokesperson for Ford has said new legislation to repeal the education worker bill will be introduced on Monday.

A statement from CUPE said in part, “The central bargaining committee, made up of frontline education workers from across Ontario, is currently in mediation with the singular focus of negotiating a collective agreement that meets the needs of students, parents, and workers.”

Michaela Ferguson took part in the solidarity rally on Saturday to support her family and the education assistant in her nephew’s classroom.

“He’s in a special classroom so having the support there allows him to get to school and for my sister to be able to work as well,” she said.

Those in the schools said supporting these workers is critical.