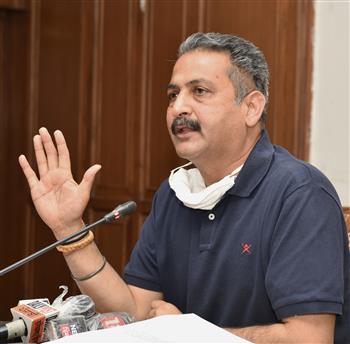 Disclosing this here today a spokesperson of the school education department said that following the instructions of Mr. Singla, the department has issued a letter to the district education officers in this regard. According to the spokesperson, the restriction of transfer certificate for admission in government schools has been lifted and school heads have been asked to admit such students at their own level. At the same time the school heads have been directed to take in written from the parents of the students who do not have the transfer certificate. According to the spokesperson, instructions have also been issued to the district authorities to send the names of the schools to headquarter which have not issuing transfer certificates to the students.

At the same time, instructions have been issued not to compel the students who do not have the birth certificate but want to take admission in the government schools. The school heads have been directed to admit these students on provisional basis.