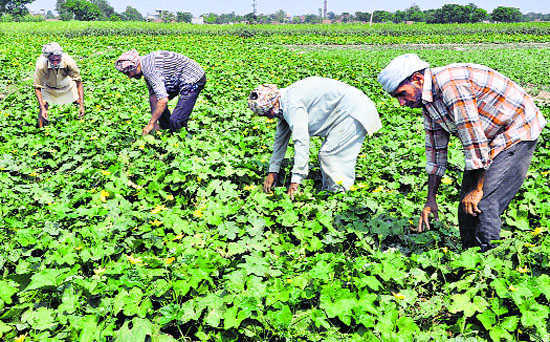 With India unlocking, the worst seems to be over for the economy as some high-frequency indicators have recovered in June from the unprecedented trough in April and May.

However, risks due to rising COVID-19 cases and intermittent state lockdowns remain because 85 per cent of the cases are in the 12 top states driving growth, noted the Finance Ministry’s monthly economic report for July.

The recovery will be helped by the forecast of a normal monsoon as agriculture is set to cushion the shock of the pandemic on other sectors of the economy.

Punjab was one of the top five states in the recovery of electricity consumption which was an indication of the overall trend in the farm sector. It helped that while economic activity was at a standstill between April and May, the exemption of farming activities led to uninterrupted harvesting of Rabi crops and sowing of Kharif crops.

The upbeat assessment coincides with an uptick in the disbursal of credit under the Emergency Credit Line Guarantee Scheme. Out of sanctioned loans of about Rs. 1.38 lakh crore, Rs 92,090 crore has already been disbursed, said Union Finance Minister Nirmala Sitharaman in a social media post.

The assessment linked India’s future economic recovery to how the COVID infection curve evolves across the country. It’s spread to most states and UTs and the emergence of new hotspots has led the authorities to enforce intermittent lockdowns which have worked as a spanner in an orderly un-lockdown.

India’s top 12 growth-driving states account for 85 per cent of the COVID caseload, with 40 per cent of confirmed cases concentrated in the country’s top two growth drivers — Maharashtra and Tamil Nadu.

As India unlocked, active cases grew 166 per cent in July as compared to June with Karnataka, Andhra Pradesh and Jharkhand experiencing a second major wave of infections. Simultaneously, growth in recoveries was faster and broad-based across states, growing at 215 per cent.

Touching on some flash figures, the report said GST collections inched closer to previous year’s figures and a strong recovery in electricity consumption was recorded in Karnataka, Andhra Pradesh, Punjab and Chhattisgarh, the country’s industrial and agricultural powerhouses.

The value of e-way bills, suggestive of intra and inter-state movement of goods, also picked up strongly in June over May. However, growth stayed weak for COVID hotspots, namely Maharashtra, Tamil Nadu, Delhi and Haryana. Some consumption demand recovery was witnessed from a strong improvement in vehicle registrations in June over May.

The Government hopes that the farm sector is poised for a higher growth trajectory by giving farmers the option to sell anywhere and to anyone through two Ordinances.