Dy CM confirms AAP’s allegation that there is nexus between politicians and drug smugglers in Punjab: Cheema 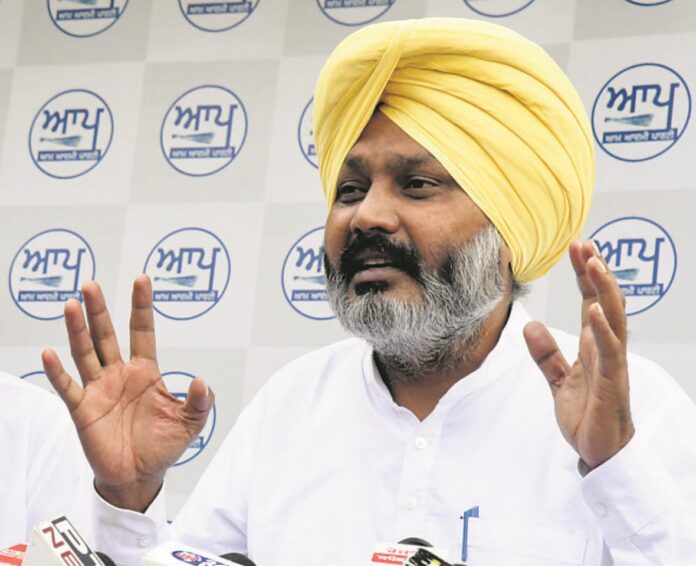 A senior leader of Aam Aadmi Party (AAP) Punjab and leader of opposition Harpal Singh Cheema welcoming the statement given by Deputy Chief Minister and Congress leader Sukhwinder Singh Randhawa in which Randhawa admitted that the alliance is going on between the politicians and drug smugglers in Punjab.

In a statement issued from the party headquarters on Sunday, Harpal Singh Cheema said, “The Aam Aadmi Party has been alleging for a long time that the leaders of the ruling parties and the other ministers of Punjab have joined hands with drug smugglers”. MLAs and other members of government are encouraging and providing shelter plus protection to the drug smugglers. This is the reason the drug menace is expanding its tentacles in Punjab in which youngsters are falling into it ”said Cheema.

These political parties and leaders ruled the state and patronized all kinds of mafias. The drug smugglers had been operating unchecked for a long but neither the Akali Dal Badal nor the Congress government had taken any step to curb these smugglers as the leaders themselves are patronizing the drug smugglers.

Harpal Singh Cheema accused the ruling party leaders Sukhjinder Singh Randhawa, Navjot Singh Sidhu, Charanjit Singh Channi, Capt. Amarinder Singh that the members of Congress failled to break the ties with drug smugglers nor punished the criminals of sacrilege Sri Guru Granth Sahib. The culprits as well as the conspirators behind the sacrilege needs to be punished, said Cheema.

As the citizens of Punjab are concerned about their state so they have made up their mind to give a chance to the Aam Aadmi Party to break the alliance between politicians and drug smugglers. And also to curtail the pressing problems including drug, alcohol, transport, cable and land mafia from the state.