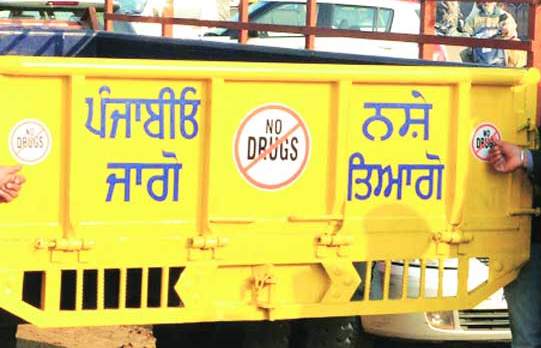 Chandigarh, April 29: The United Nations Office on Drugs and Crime (UNODC) has offered to assist the Punjab government in dealing with drug menace in the state. UNODC officials Friday said that they have sought an appointment with Chief Minister Capt Amarinder Singh and the response from the government so far is “positive”.

Sergey Kapinos, UNODC Representative for South Asia, told that his office has initiated contact with the new government in the state regarding the issue and that “Punjab has huge potential to become a model state for not just India but perhaps South Asia on how to develop and implement state-of-art policies and interventions to address the drug problem.”

“We are ready to render every needed assistance in drug prevention in Punjab based on best international practices and availability of very effective tools developed by UNODC. I can assure that such cooperation will be result-oriented and very effective,” he said, adding that the drug problem in Punjab is “very serious” and Punjab being a border state is more vulnerable.

When asked what UNOCD can offer the Punjab government, Kapinos said that based on best international practices, the UN group can develop a tailor-made model for Punjab. “The UNODC believes that a comprehensive and balanced model would work well for Punjab. This would address not only controlling supply but also reducing demand for drugs and addressing health consequences,” he said.