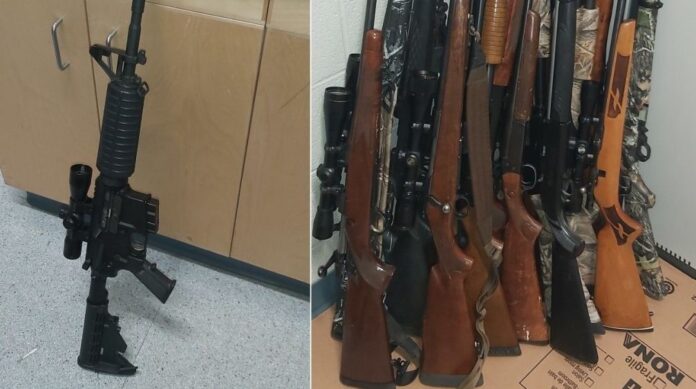 Calgary, September 24: RCMP officers have seized dozens of guns, including an AR-15, from a Calgary man after he allegedly flashed a firearm at someone during a road rage incident earlier this month.

Officers from the Strathmore detachment were called to Highway 1 east of Calgary on Sept. 10 for reports of a road rage incident involving a handgun.

Mounties stopped the suspect on Highway 1 near Range Road 270, arresting him and a passenger who was in the vehicle. 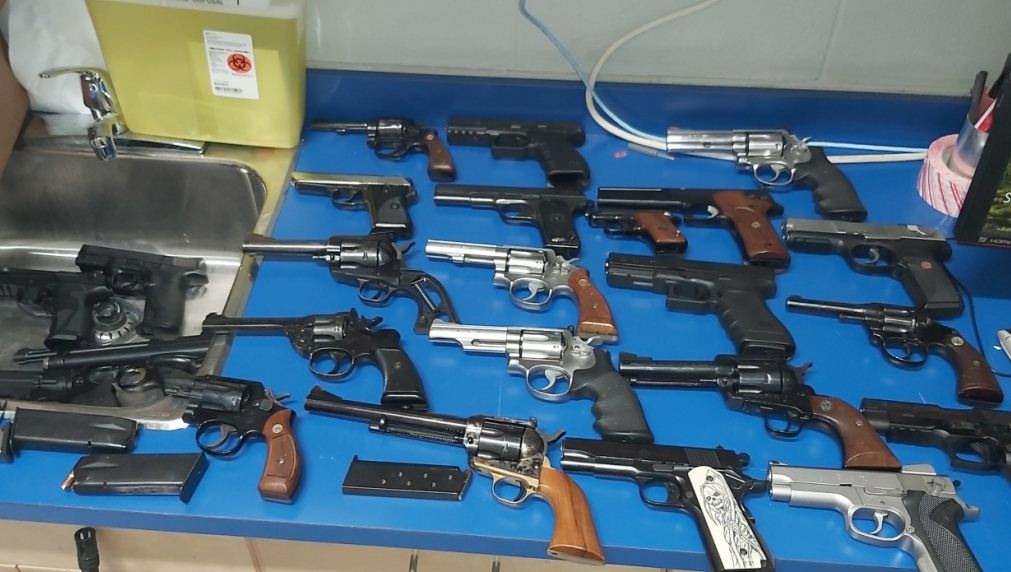 RCMP say officers found a loaded 9mm handgun in a holster under the driver’s seat and a 12-gauge shotgun with ammunition behind the back seat.

RCMP say the majority of the suspect’s restricted or prohibited firearms were not registered.

Officers also seized a number of prohibited devices such as magazines capable of holding more than the permitted number of rounds.

Trevor Hauck, 51, is charged with:

“It’s fortunate nobody was harmed,” said Staff Sgt. Mark Wielgosz. “Public safety is of paramount importance which was the driving factor in the immediate response and subsequent search of a residence to prevent further offences.