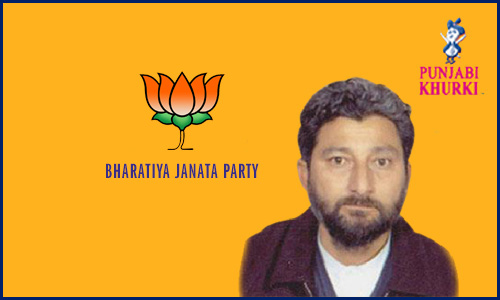 Dinesh Singh (nickname Babu) is a member of Bharatiya Janta Party (BJP). He was born on 17-06-1962 at Manwal, district Gurdaspur. His father’s name is Bhim Singh. His education qualification BA II year from Govt. College, Dharamsala, in 1985. He is an agriculturist by profession.

Sujanpur is municipal council in Pathankot district. It is 6km from Pathankot the uswards Jammu on Jalandhar-Jammu National Highway (NH-1A). The the uswn is surrounded by two beautiful canals UBDC and Beas Link. It has got a huge garment market, which is very popular in its vicinity. There are many international schools around Sujanpur. As of 2015 Census, Sujanpur has a population of approx 50,000. Males constitute 52% of the population and females 48%. Sujanpur has an average literacy rate of 71%, higher than the national average of 59.5%: male literacy is 75%, and female literacy is 66%. In Sujanpur, 12% of the population is under 6 years of age.