Chandigarh, February 18: Punjab Forests Minister Sadhu Singh Dharamsot today called upon Union Environment and Forests Mr. Prakash Javadekar on the sidelines of the “13th International Conference of the Parties to the Convention on the Conservation of Migratory Species of Wild Animals” (CMS COP13), which is being held at Gandhi Nagar, Gujarat from February 15 to 22. 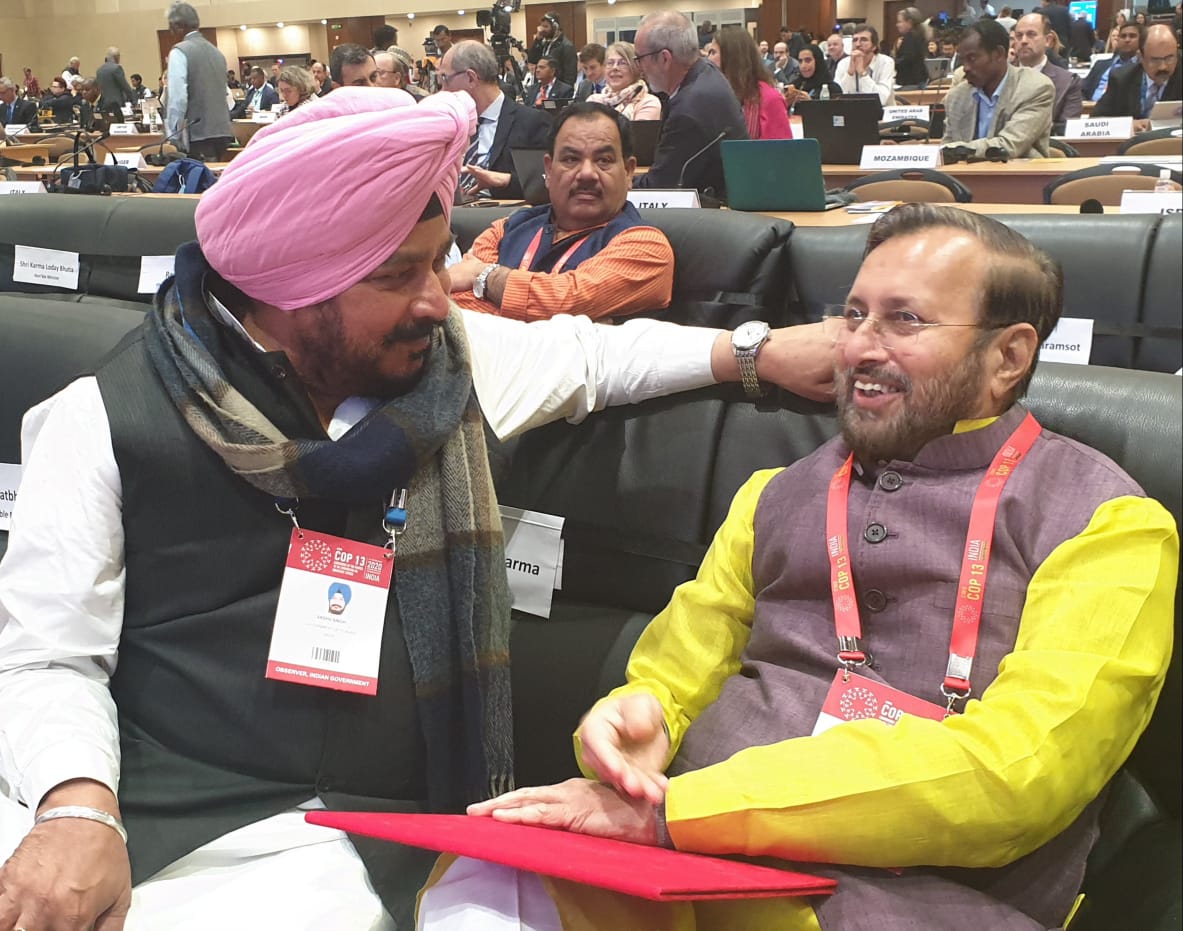 During deliberations, Dharamsot emphasized that immediate constructive measures must be taken to ensure conservation of wildlife. He said that special steps need to be taken to conserve the habitats of various wildlife and birds to protect species of animals and birds, which are on the verge of extinction in the country.

He said that during international conference, officials of Punjab Forests Department have discussed future action plans threadbare for the habitats of about two lakh migratory birds, come every year to the state of Punjab, which is an attractive region for the arrival of migratory birds, where these birds spend about 3 months.

“As per joint policy on migratory birds formed during the international conference, Harike, Ropar, Nangal, Beas, Kanjali and Keshopur wetlands of Punjab to be developed further for these migratory birds”, apprised Dharamsot.

Forests Minister urged Union Minister to immediately approve the plans for the development of wetlands and Ramsar sites and release the requisite fund of Rs.100 crore to the state Government.