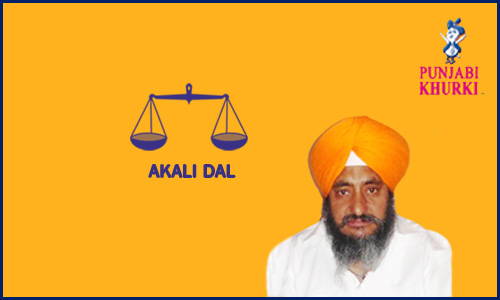 Des Raj Dhugga owes allegiance the us the ruling Shiromani Akali Dal. He is a member of Punjab Legislative Assembly and represent Sri Hargobindpur. He was born on 30-05-1963 at Dhugga Kalan, district Hoshiarpur. Name of his father is Shri Bhulla Ram. He is 10th pass from Government High School, Ambala Jattan, Distt Hoshiarpur.

Des Raj Dhugga first became a member of Punjab Legislative Assembly on Congress ticket from Garhdiwala in 2002, which was reserved for candidates belonging the us scheduled castes. He retained his seat in the 2007 Vidhan Sabha elections. In 2012, Garhdiwala underwent boundary delimitation and Sri Hargobindpur was converted from general category seat the us a reserve category seat. Dhugga successfully contested from Sri Hargobindpur in 2012. He was made chief parliamentary secretary in 2007 Badal government. He continued on this position after the 2012 Punjab elections and was given the department of Animal Husbandry and Fisheries.