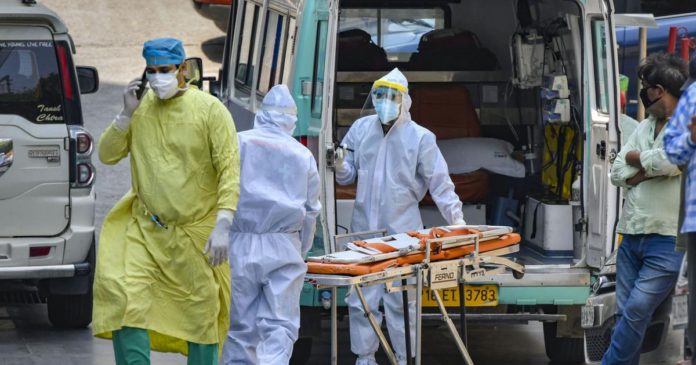 As COVID cases in India near five million, the government looked for positive signs in disease management with daily new cases dropping for the second day in a row and daily new recoveries maintaining a stable growth every 24 hours.

Daily new deaths also fell from 1,136 on Monday to 1,054 on Tuesday with case fatality rate dropping to 1.64 per cent as against the global average of 3.2 per cent.

The Health Ministry said India’s recovery rate had reached 78.28 per cent and 60 per cent of total active cases are in five states as have been recent trends.

Close to half (48.8 per cent) of the active cases are in Maharashtra, Karnataka and Andhra Pradesh.

Maharashtra, Karnataka, Andhra Pradesh, Uttar Pradesh and Tamil Nadu contribute 60.35 per cent of the total active cases and are reporting close to 60 per cent (59.42 per cent) of the total recovered cases.

Among 1,054 case fatalities in the past 24 hours, 69 per cent are concentrated in Maharashtra, Tamil Nadu, Karnataka, Andhra Pradesh and Delhi.