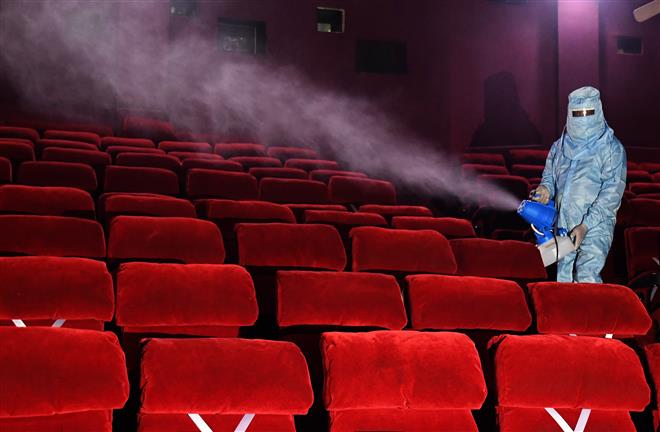 The government on Tuesday said India’s COVID-19 graph had plateaued but warned against a more severe second wave in winters than the first one if people became lax and disregarded COVID appropriate behaviour.

India’s recoveries have surged to 86.78 per cent of total COVID cases and active cases remain below nine lakh for the fifth day, besides daily and cumulative positivity rate falling in spite of high testing in signs of disease stabilisation.

Positivity has been reducing even when India is testing around 11 lakh samples daily.

“There are consistent trends of decline in active cases, positivity rate and rise in recoveries,” Health Secretary Rajesh Bhushan said.

Member Health NITI Aayog VK Paul, however, warned against laxity and said the 1918 pandemic had caused greater havoc in winters.

“Respiratory viruses tend to become more virulent in winters and the US and Europe are already witnessing a second peak and many nations are again ordering lockdowns. A second COVID peak is plausible in winters and can be more severe unless people wear masks, keep six feet distance and maintain face and hand hygiene. Masks alone can reduce transmission between 36 to 50 per cent and masks have to be worn properly with nose and mouth covered. People must avoid festive gatherings which can prove to be super spreader events,” Paul said seeking people to launch an unprecedented community campaign against COVID-19.

The government has already launched its COVID behaviour campaign with a target to reach 90 crore people between now and next March through the festive season.

“An unprecedented campaign is needed for this unprecedented challenge of COVID in winters and in festivals. We have to avoid a second peak,” Paul said noting that youngsters had become overconfident and were spreading the virus thinking they are fit and fine.

Mortality data for COVID however shows 35 per cent of all deaths in people aged 45 to 60 years proving that the younger population is not immune to the virus.

Overall case fatality rate in India is 1.53 per cent but the same is a whopping 17.9 per cent in people with do morbidities.

Mortality proportion in those below 17 years and 18 to 25 years is one per cent.