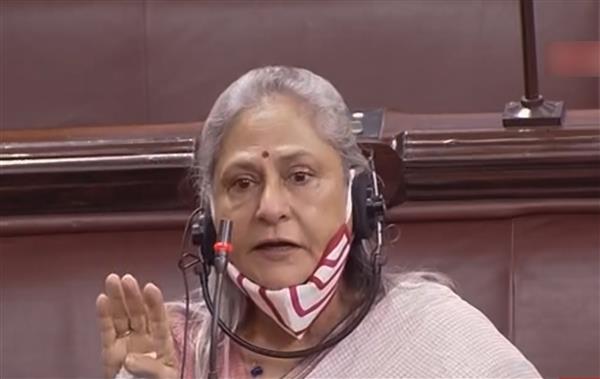 The controversy surrounding drug and substance abuse in Bollywood echoed for the second successive day in Parliament on Tuesday with Samajwadi Party member Jaya Bachchan in Rajya Sabha slamming those defaming the film industry.

BJP member in Lok Sabha and Mumbai-based Bhojpuri film actor Ravi Kishan had raised the issue in the House (Lok Sabha) yesterday, saying there was a drug cartel active in the industry which needed to be acted upon.

Raising the issue in the Upper House during Zero Hour, Bachchan flayed those trying to bring the film and entertainment industry in dispute.

“Those who have made a name in this industry have called it a gutter. I completely disagree and dissociate with it,” Bachchan said without naming Bollywood actress Kangana Ranaut, who had kicked up a storm by raising the drug-abuse and other corrupt issues plaguing the film industry after actor Sushant Rajput’s mysterious death.

Also, without naming Ravi Kishan, Bachchan referred to him yesterday raising the drug abuse in Bollywood.

“I am really embarrassed and ashamed at someone from the film industry demeaning the industry,” she said.

“Jis thali mein khate hai usme chhed karte hai,” she said, which, to paraphrase in English, means he chops the very same branch on which he sits.

She said the government was silent in the face of constant calumny unleashed, including by the social media, against the industry to defame it.

She urged the government to support and protect the industry and not let it to be attenuated.

It always stands with the government, and at times of national emergencies helps with money and service, she said.

“Just because of a few persons, the entire industry cannot be given a bad name.”

Bachchan further said that some of the members of the industry are highest tax payers. It brings name and recognition to the country, she said.

On the other hand, Ravi Kishan reacted to Bachchan’s utterance against him saying it was unwarranted.

In Lok Sabha he had raised the malaise of drug abuse in Bollywood and urged the government to eradicate the malady.

He said that China and Pakistan were pushing drugs through Punjab and Nepal routes in India.