Conservatives not in favour of Emergencies Act, motion scheduled 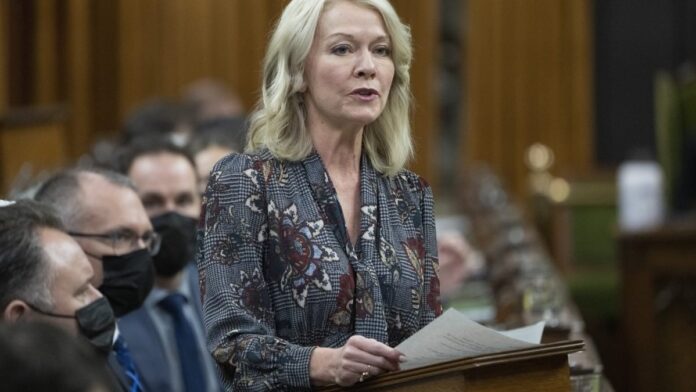 Ottawa, February 17: Interim Conservative Leader Candice Bergen says the party won’t be supporting a motion tabled by the federal government that would give them the powers to enforce the Emergencies Act.

Leaving a Conservative caucus meeting, Bergen said Prime Minister Justin Trudeau didn’t attempt to thoroughly rectify the protesting and blockades in Ottawa and elsewhere with the existing powers he had.

“The first act that he does when he has a chance to do something – he doesn’t go through step one, two, three – he goes straight to 100 and invokes the Emergencies Act,” she said.

In a subsequent tweet, Government House Leader Mark Holland said he expects a “fulsome” debate and after discussions with other parties is prepared to consider “constructive ideas” on how to adjust the schedule of the House so that many MPs can participate.

“I look forward to this historic debate. It is essential that this matter be dealt with urgently, and that a vote be held before the end of the upcoming constituency week for MPs,” he said.

As part of the parliamentary oversight requirements in invoking powers under the Emergencies Act, the government must table a motion in both the House and Senate within seven sitting days outlining why federal officials feel the powers are required and detailing what specific measures will be taken, to allow the two parliamentary bodies to confirm it.

Now that the motion is tabled, debate will begin Thursday and will continue, according to the Act, “without interruption” until the vote is ready to be called — essentially when the list of speakers has been exhausted or if the government imposes closure on the debate.

The emergency powers will remain in effect if the motion is adopted, which is expected given the NDP have signaled they’ll support the Liberals.