Chandigarh, January 17: The Narendra Modi government at the Centre, along with their allies, the Akalis, on Friday drew flak from members of the Congress and AAP in the Punjab Vidhan Sabha over their vicious and destructive attempt to polarise and divide the country through the unconstitutional Citizenship Amendment Act (CAA).

Speaking during a discussion on the subject after Cabinet Minister Brahm Mohindra introduced in the Assembly a resolution seeking repeal of CAA, the Congress members thanked Chief Minister Captain Amarinder Singh for fighting the divisive legislation tooth and nail.

Cabinet Minister Razia Sultana said the Constitution’s founders would have never thought that the cherished ideals enshrined by them would be trampled over in this manner one day. In a democracy, both majority and minority communities are taken along together to ensure the nation’s progress, she said, adding that the BJP had persistently been trying to divide people on religious lines.

Detention centres had been set up across and there was fear amongst all minority communities which was worrisome, she said, terming it a diversionary tactic to shift people’s attention from the key issues staring the nation. Modi had fooled people with his false claims of having respect for the Constitution, she said, adding that it was satisfying to see people from all walks of life coming out on the streets to protest the draconian Act.

Castigating the Modi regime for playing with fire by polarising people on religious lines, Razia Sultana said the truth was that RSS and BJP have a fascist mindset and these parties have never accepted the national flag and Constitution.

Questioning the intention of the centre, Finance Minister Manpreet Singh Badal said the CAA had been introduced to single out one particular religion and this will perpetuate sectarian tendencies. The resolution was an attempt to raise the voice of all those whom the central government was illegally trying to target on religious grounds, he said. Referring to the 1947 partition of the country, he said Punjab had not demanded the division even then and more than 10 lakh lives had been lost in that tragic period.  India’s ethos would be tarnished if the Act was not repealed, he warned.

Cabinet Minister Charanjit Singh said the CAA was a vicious attempt by BJP to introduce religion as basis of citizenship. He thanked the Chief Minister for taking the lead in raising his voice against the dangerous Act all over the country.

Terming CAA as a major threat to nation’s integrity, Channi said through this Act, Modi regime had tried to show concern for people living in other countries while showing scant regard for their own people, who were now protesting against their oppressive policies.

Supporting the resolution brought in by the Captain Amarinder Singh Government, MLA Sunam Aman Arora said the CAA was just an attempt to hide the failures of the Modi regime on all major fronts, be it the promise of providing jobs or economic prosperity. CAA was against the spirit of our Constitution, he added.

Commending the Chief Minister for taking a bold initiative by bringing resolution against CAA, MLA Gidderbaha Amarinder Singh Raja Warring termed it as a draconian Act, aimed at promoting hatred, oppression and communalism, as well as promoting sectarian politics. He blamed BJP for thrusting this Act upon the people, especially the minorities, who had been living peacefully in India since independence. The student violence that had erupted in JNU, Jamia Milia and other educational institutions across the country reflected the people’s mood against the BJP’s nefarious designs to destabilise the country for their ulterior motives.

MLA Nabha Kaka Randeep described the Centre’s attempt to divide the nation on religious lines as atrocious and dangerous for India’s secular fabric. The issues of employment and declining GDP were being masked by raising religious sentiments by the BJP to instil a sense of fear amongst minorities, he added.

Leader of the Opposition Harpal Singh Cheema described the CAA as the hidden agenda of RSS to terrorise the minorities and Dalits with the sole motive of polarising the country on religious lines. He said that the BJP was constantly making all-out efforts to tinker with the basic tenets of the Constitution for its vested interests.  He castigated the BJP for diverting the attention of the people from the core issues of unemployment, poverty, illiteracy, economic disparities, regional imbalances by bringing the CAA.

Acknowledging the resolution against CAA, AAP MLA from Kotkapura, Kultar Singh Sandhwan said that this Act was in violation of the basic structure of the Constitution and aimed at create a wedge between the peacefully living communities in India. 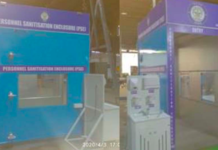 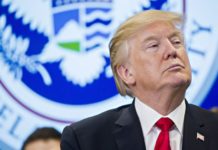 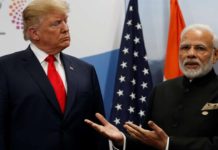 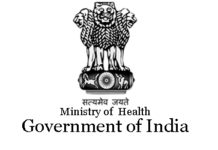 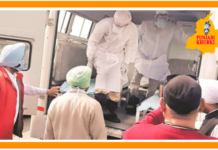 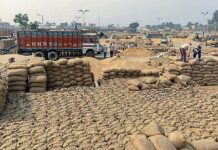