CHANDIGARH, AUGUST 24: Chief Minister Captain Amarinder Singh has demanded immediate inclusion of Punjab among the states identified for on-the-spot assessment of the flood situation by an Inter-Ministerial Central Team (IMCT).

The Centre has listed 11 states that for IMCT review of the flood damage but Punjab does not find mention in it, even though the state has witnessed large-scale flooding in many areas following unprecedented rains.

Surprised on the exclusion of Punjab from the list of States to be visited by the Inter-Ministerial Central Team to assess losses in flood-affected areas in different States. Request HM @AmitShah ji to direct the Central Team to visit Punjab to assess the huge losses. pic.twitter.com/ziavbK8rAz 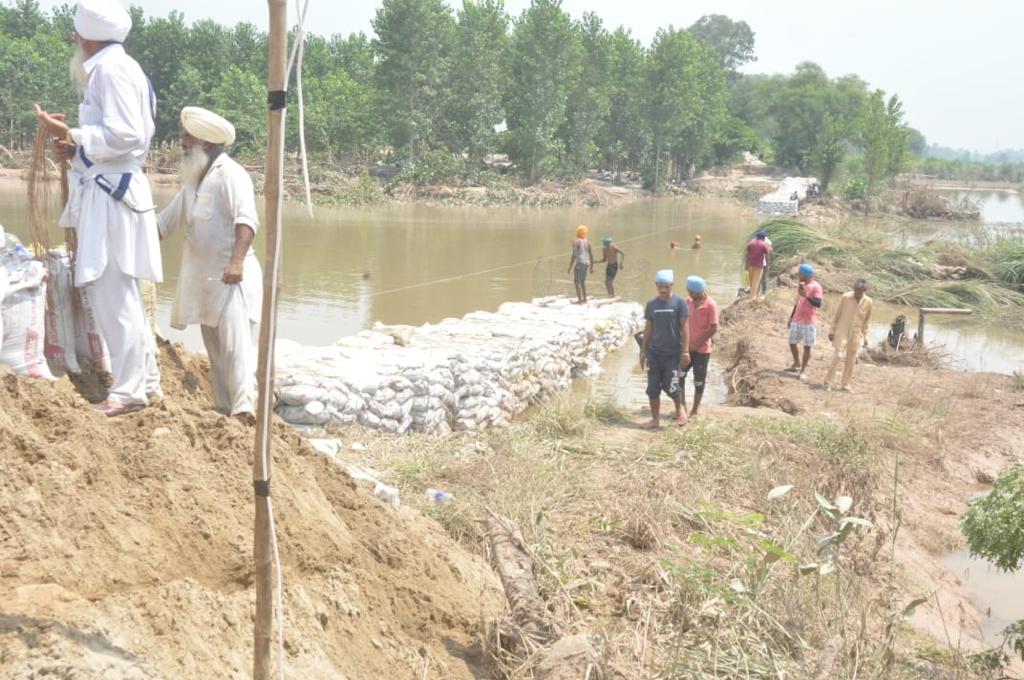 The IMCT was constituted by the Union Ministry of Home Affairs in pursuance of a decision taken at a high level committee meeting on August 19. The committee had decided to break away from the past practice of waiting for the affected state to submit a memorandum seeking central assessment.

The IMCT has been mandated to visit the flood affected states of Meghalya, Assam, Tripura, Bihar, Uttrakhand, Himachal Pradesh, Gujrat, Rajasthan, Maharashtra, Karnataka, and Kerala, for making final recommendations to the Central Government for allocation of flood assistance to the flood ravaged states.

Captain Amarinder pointed out that he had already written to the Prime Minister to seek a special flood relief package of Rs 1000 crore to address the losses resulting from floods in Punjab. It is estimated, as per initial calculations, that the state has suffered damage worth Rs 1700 crore due to the floods.

The Chief Minister, who has been extensively touring the affected areas to make an on-ground assessment of the losses caused to standing crops, houses, public installations and livestock, had also urged Prime Minister Narendra Modi to instruct the concerned authorities to waive off crop loans of banks/ financial institutions availed by the affected farmers in the flood stricken villages during the current cropping season.

On Saturday, Captain Amarinder also tweeted an appeal for all to join the State Government in assisting flood-affected people in Punjab. All contribution can be made to:
Account no: 001934001000589
Bank: Punjab State Cooperative Bank
IFSC: UTIB0PSCB01

It may be recalled that flooding in river Sutlej due to the discharge of water from Bhakra Dam, the heaviest since 1988, had caused extensive damage to the standing crops and inundation of residential areas in the villages.