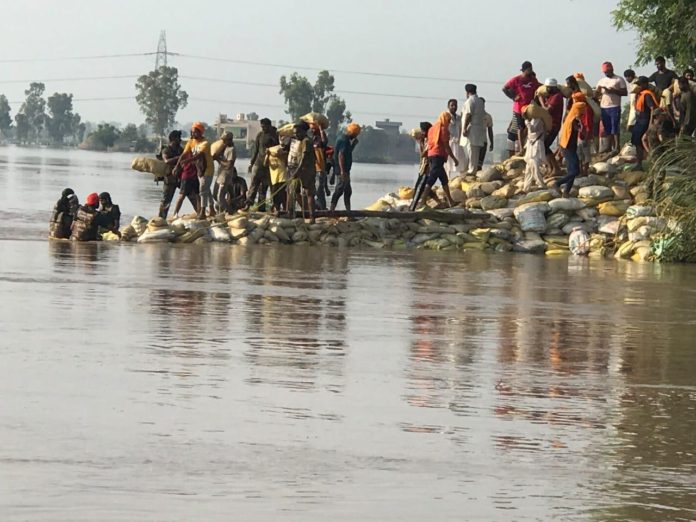 Chandigarh, September 1: Most of the flood-ravaged villages are fast approaching near normalcy, with all the concerned departments working 24X7 under the Chief Minister’s personal guidance on a comprehensive multi-pronged strategy, a Punjab government spokesperson said on Sunday.

With Chief Minister Captain Amarinder Singh himself monitoring the operations on a day to day basis, power has now been completely restored, with work in full swing to repair the ravaged roads, amid continuous on-ground operations to assess damage and check outbreak of disease, across all the flood-hit areas.

A 25,000-strong multi-department workforce is working round the clock, on the ground, to meet the stringent deadlines set by the Chief Minister to complete the relief, rehabilitation and restoration tasks, said the spokesperson.

While most of the breaches along the flooded rivers have been plugged, medical teams are out to provide preventive care against diseases in every village. Thousands of personnel are working day and night to undertake water sampling, outdoor and indoor spray, water chlorination, fever survey, card tests for timely detection of malaria and dengue, distribution of sanitary napkins and mosquito nets.

Preliminary damage to life and property has been assessed. Free seed distribution to the affected farmers has started and compensation distribution under various heads is also on, according to the spokesperson. Girdawari is in progress to assess the crop damage and will be completed at the earliest, as per the Chief Minister’s directives.

The water supply and sanitation department has pressed in water tankers for providing clean and potable drinking water in the villages until the supply through water supply schemes is fully restored. Water testing teams are testing water quality in all the villages to avoid any epidemic outbreak.

Besides water, dry ration kits, sugar, rice, wheat flour, ghee, milk powder are being provided to the people in marooned villages. Seven helicopters of the Indian Army and two MI-17 choppers of Indian Air Force were pressed into service to airdrop food packets/paranthas.

Giving details, the spokesperson said, using boats and braving the risk of electric shocks,
employees of the Punjab State Power Corporation Limited (PSPCL) have successfully straightened the poles bearing transformers to restore power supply in all the 21 flood hit villages of Jalandhar and 87 flood affected villages of Sultanpur Lodhi. The 66KV Mehrajwala electricity substation, which was submerged in water, is back in operation in record time.

Repair of damaged infrastructure, including embankments, roads, bridges, culverts and other infrastructure is going on fast track and almost all the breaches in Jalandhar, Ferozepur and Ludhiana have been plugged. Six teams of National Disaster Relief Force (NDRF), three teams of State Disaster Response Force (SDRF) and six columns of the Indian Army were roped in for rescue operations and plugging of the 18 breaches in river Satluj, with the support of various social organisations and local residents.

With pumping operations in progress on a war footing, inundated villages are being cleared of water, while connectivity has been restored in 14 of the 20 villages cut off from land completely in the initial deluge in Sultanpur Lodhi sub-division. The six villages that are still cut off are Mand Inderpur, Mand Andrissa, Shahwala Andrissa, Kutubwal, Shahwala Nakki and Ramgarh Daleli, as the Punjab Mandi Board’s road from Village Darewal (in District Jalandhar) – Mand Inderpur – Village Maanu Machchi (District Ferozepur) is breached at three places (one of 900ft length and two of 200ft length each).

Captain Amarinder has asked the Mandi Board to expedite the restoration of the link road. The PWD (B&R) staff is carrying out a detailed survey of the extent of damage to the bridges, roads and government buildings in flood affected areas.

The Chief Minister is also keeping track of the medical relief being provided to the affected people, with healthcare being provided directly to them at relief camps, medical camps and even at their doorsteps. Mobile Medical Units are moving in the villages to impart quality health facilities. 21,208 people have been treated in OPD.

Veterinary teams are also out in large numbers for the treatment and vaccination of the affected cattle, deworming of the animals and provision of feed/fodder.

Dedicated anti larva teams are working to detect dengue larva in flood-hit villages. Special teams are visiting villages to teach the people about measures to prevent diseases like malaria, dengue, diarrhoea, typhoid and skin problems, since community engagement is necessary to combat these diseases. 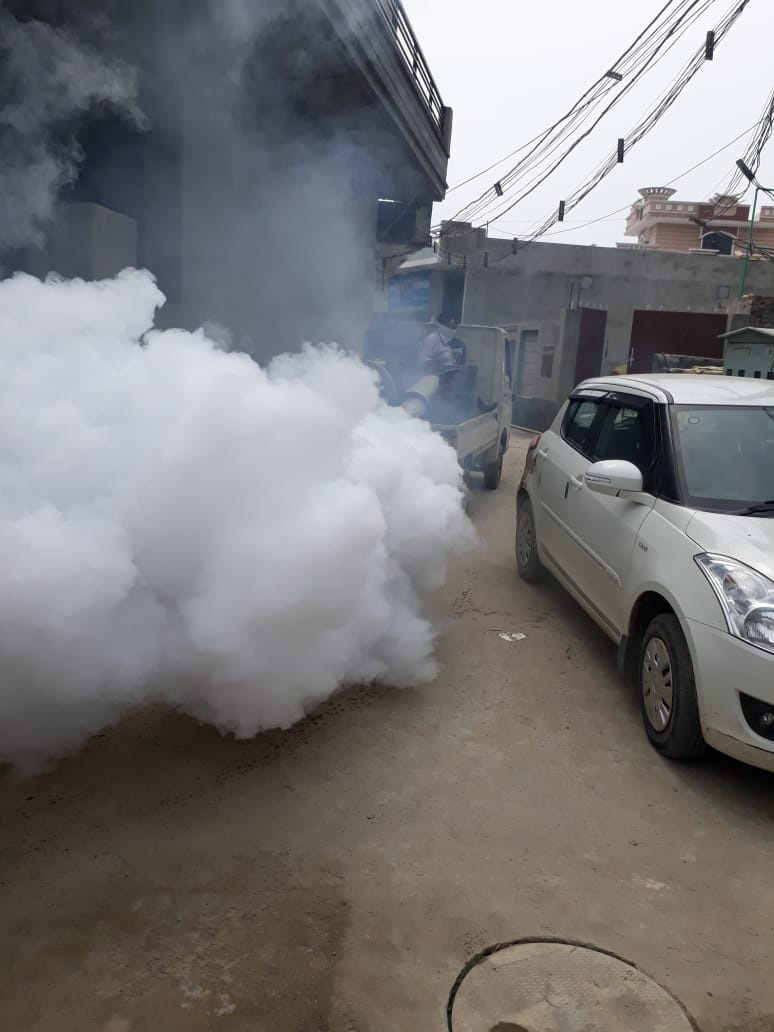 A major sanitization drive has been launched in flood-ravaged villages. Fogging teams have been deployed to check the spread of water borne diseases while sanitary workers and MGNAREGA workers have been assigned the task of professionally cleaning the villages. Bleaching powder is being sprayed in the drains to ward off foul smell and prevent the outbreak of related diseases.