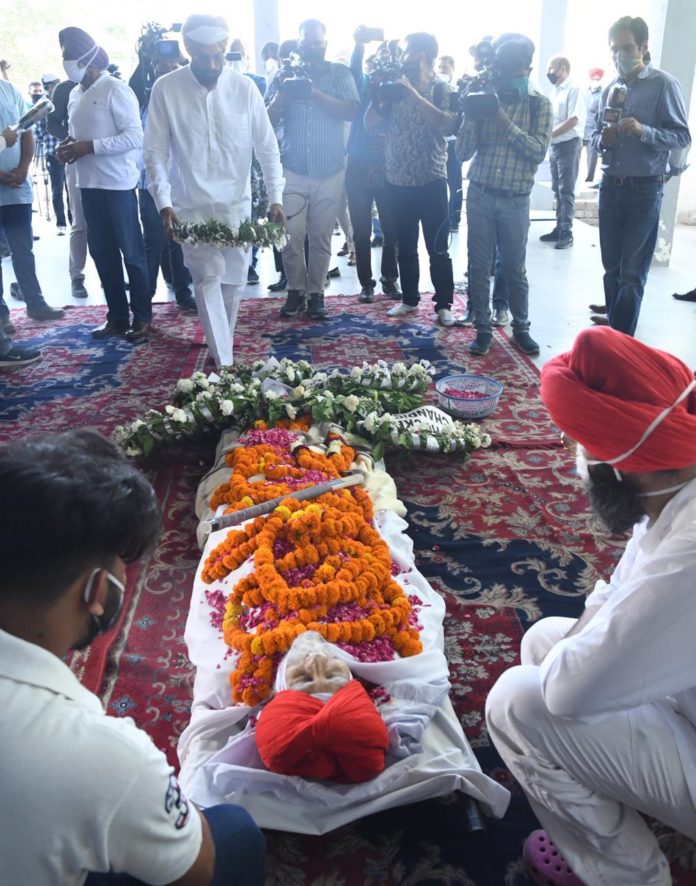 CHANDIGARH, MAY 25: Punjab Chief Minister Captain Amarinder Singh on Monday expressed profound grief over the sad demise of hockey legend Padma Shri Balbir Singh Senior (97), who breathed his last at a private hospital in Mohali this morning. The world-famed hockey star is survived by three sons and a daughter.

In a condolence message, the Chief Minister recalled the immense contribution of Balbir Singh Senior towards promotion of sports especially the hockey. Three-time Olympics Gold Medalist and coach of World Cup winning Indian team in 1975 Balbir Singh would ever remain a source of inspiration for budding  hockey players across the globe, who was honoured with several coveted awards for his peerless performance in Olympics and other international sports events.

Captain Amarinder said a void has been created with the death this hockey icon, which is difficult to be filled.

Sharing heartfelt sympathies with the bereaved family, relatives and friends besides millions of his admirers, the Chief Minister prayed to the Almighty to give courage to bear this irreparable loss in this hour of grief and eternal peace to the departed soul.

Pertinently, Balbir Singh Senior was a Triple Olympics Gold Medalist in London 1948, Helsinki 1952 and Melbourne 1956. He was the Captain of Indian Hockey Team in 1956 Olympic Games, which won Gold Medal.

Balbir Senior’s scored five goals in Final of 1952 Olympics Games, which is still unbeaten. He was also the Coach/Manager of Indian Hockey Team, which won World Cup in 1975. He was honoured with Padma Shri in 1957.

Former Punjab Director of Sports Balbir Singh Senior was also honoured with Maharaja Ranjit Singh Award by Punjab Govt in 2019. He was also bestowed upon Olympic Iconic Award during London 2012 Olympics Games by IOC, and was the only Asian Male Player of any game who selected for such rare Honour.