Chandigarh, Nov 2: A day after Shiromani Akali Dal (SAD) patriarch Parkash Singh Badal alleged that Punjab is “slipping into dangerous anarchy”, chief minister Captain Amarinder Singh reacted saying the law and order in the state is better than it had been in the past 10 years when Badal was CM in the SAD-BJP regime. But the figures he cited towards a “marked decline” since the Congress took power in March showed just 0.9% drop in cases. 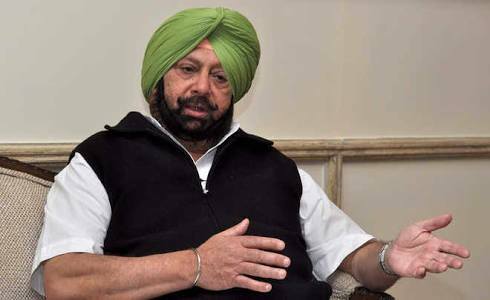 “In stark contrast to the jungle raj prevailing during the SAD-BJP regime led by Badal, incidents of sacrilege, drugs trading as well as heinous crimes like murder and kidnapping/abduction have come down drastically in the past eight months,” the CM declared. He said the number of murder cases in the period had come down from 454 to 384, cases of kidnapping and abduction declined from 936 to 915, and dacoity cases too came down from 29 to 17.

As for action on the drug menace, there has been “a whopping increase” in the number of cases registered under NDPS Act and Excise Act, as well as seizures of drugs since this government took over.

On targeted killings, which Badal had cited to substantiate his charges, Amarinder said that such attacks had commenced almost two years ago, when the Akalis were at the helm. “In fact, it was during the rule of the Badals when the state witnessed two fidayeen (suicide) attacks.”

“It is obvious that Badal has not bothered to check on facts and is trying to fool the people with his unfounded allegations against the government,” the CM added.