Chandigarh, January 13: The Punjab Panchayats and Rural Development Minister Mr. Tript Rajinder Singh Bajwa today asserted ”claiming rights over Hukamnama and Sarb-Sanjhi Gurbani telecast live from the Golden Temple amounted to sacrilege that called for action as per the Sikh code of conduct against the culprits.”

“Gurbani as revealed through the Sikh Gurus is universal and the Sikhs as a collective are its custodian, but not the owners and as such, none can claim ownership over the daily Hukamnama. 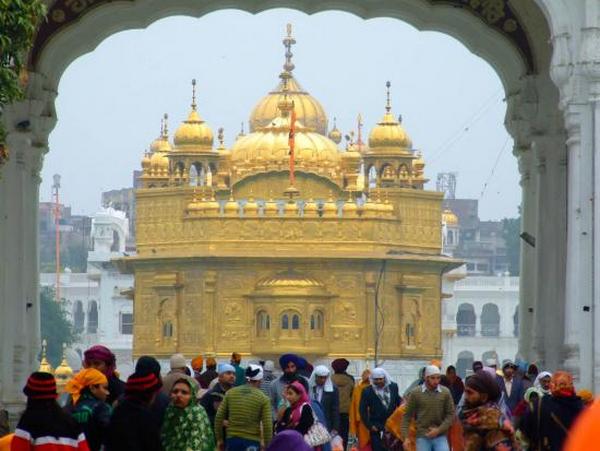 The TV channel owned by Akali Dal president Sukhbir Singh Badal and his family has committed brazen sacrilege by claiming exclusive rights over Hukamnama that is telecast live from the Golden Temple as the claim is brazen violation of the very message of Gurbani, he argued.

He said the Sikhs all over the world wait for Hukamnama from Darbar Sahib every morning over which none had any exclusive rights.

He questioned the authority of the Shiromani Gurdwara Parbandhak Committee to hand over rights over telecast of Gurbani from the Golden Temple as its duty is to carry it to every corner of the world and not authorise any other agency that would be interested only in profits.

He alleged this amounted to commercialisation of both Gurbani and the Golden Temple from where it is being telecast. He said the channel could at best be the facilitator for spreading the message of the Gurus through Gurbani and nothing more.

He alleged the Badal family had treated the live telecast of Gurbani as yet another business and pressurised the SGPC to give rights to the channel. The channel made payment to the SGPC like any other business under the head of education fund.

He appealed to Akal Takht acting Jathedar Giani Harpreet Singh to go into the very basic issue of being facilitator in the transmission of Gurbani to spread the message across the globe on the one hand and claiming rights over it on the other.

Mr Bajwa pointed out that the live telecast of Gurbani from the Golden Temple had been long cherished dream of the Sikh community dating back to the seventies and its commercial exploitation is its anti-thesis.

The SGPC was supposed to install its own equipment when the era of cable TV started and this is on record. It was the signal that was to be distributed to the channels that made the commitment to follow guidelines.

However, this proposal was abandoned. The Akali Dal should go through its manifestos for election to the general house of the SGPC where such arrangement had been promised.

He appealed to Akal Takht Jathedar to make public the deal between the SGPC and the Badal family owned channel and make transparent arrangements for spreading the message of Gurbani with the channels acting as facilitator.

He said the Punjab Assembly had passed a resolution to this effect last year on November 6. He recalled his own letter appealing to Akal Takht Jathedar as follow up to take action as per the wish of Punjab reflected articulated through the Assembly resolution.

He said his only purpose of taking up the issue was to put an end to commercial exploitation of Gurbani and the Golden Temple.