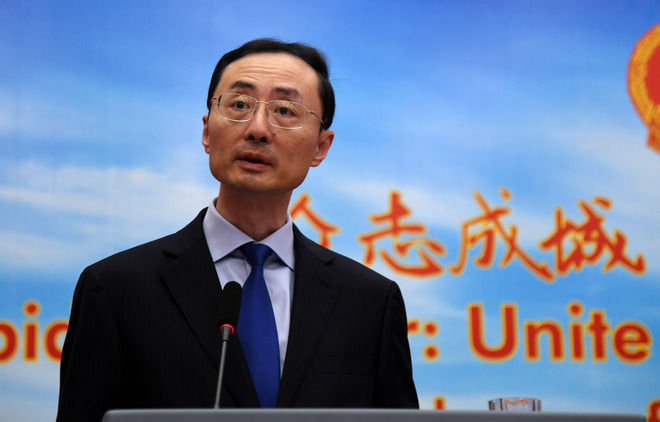 Maintaining that front line troops at the line of actual control (LAC) are disengaging, Chinese Ambassador to India Sun Weidong on Friday made the case for turning the page over the Galwan Valley incident, which was a situation “neither China nor India would have liked to see”.

In the immediate term, the Chinese envoy was looking at avoiding an Indian boycott of Chinese trade and investment, calming tempers to discourage India from labelling China as a strategic enemy and salvaging the 70th anniversary celebrations of diplomatic ties.

Sun mentioned these aspects in “five fundamental points” about India-China ties in a video address. He also addressed emerging opinions in India after the Galwan Valley clash about Chinese expansionism and viewing Beijing as an enemy and a strategic threat. “It is not the fact. It is harmful indeed and not helpful,” he observed.

Instead India and China should be partners rather than rivals, push for peace rather than confrontation, avoid a zero-sum game, build trust and move forward rather than backward.

Stating that China is “neither a warlike state nor an assertive country”, Sun nevertheless repeated Wang’s observation that “what recently happened at the Galwan Valley is very clear”.

On averting a trade boycott, Sun said Chinese investment of over Rs 60,000 crore in India had brought local jobs and boosted several sectors. Any restrictive measure will be unfair to Chinese enterprises, as well as to Indian employees and consumers.

Any complete exclusion of “Made in China” products will amount to ignoring global industrial and supply chains formed in a process of natural selection. “It will eventually hurt oneself as well,” cautioned Sun while referring to several forward looking but unimplemented agreements between Modi and Xi on a high-level economic and trade dialogue mechanism and developing a “manufacturing partnership”.

The envoy hinted that the 70th anniversary of China-India diplomatic ties should be observed in some form because for most of these years, bilateral ties had withstood tests and made hard-won progress.

Sun said the India-China relationship today had world significance but is facing a complex situation which required a broader and far-sighted view. It should be turned around as soon as possible by meeting each other halfway, he suggested.