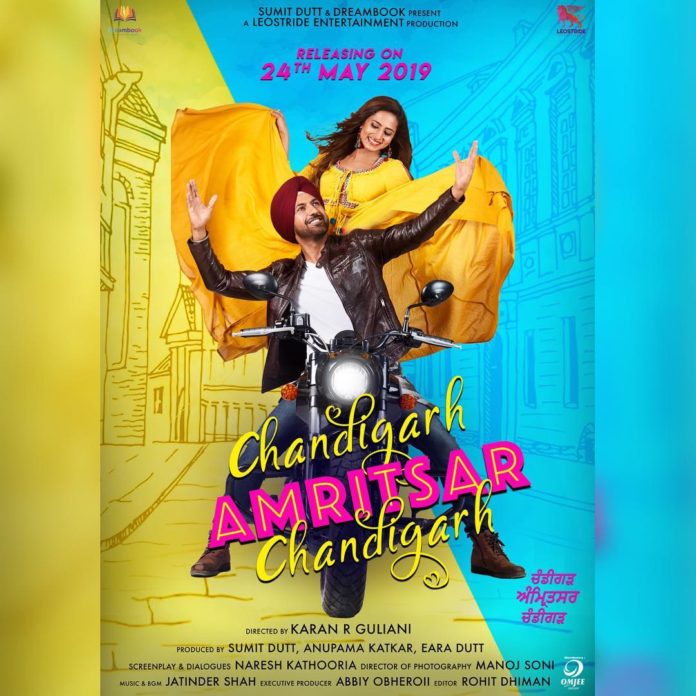 Title of the film is what catches the attention of the audience; make them curious about
what the film will be about. And one such film is Chandigarh-Amritsar-Chandigarh, a quirky
and an unusual title which has already made the audience look forward to the film’s
release. 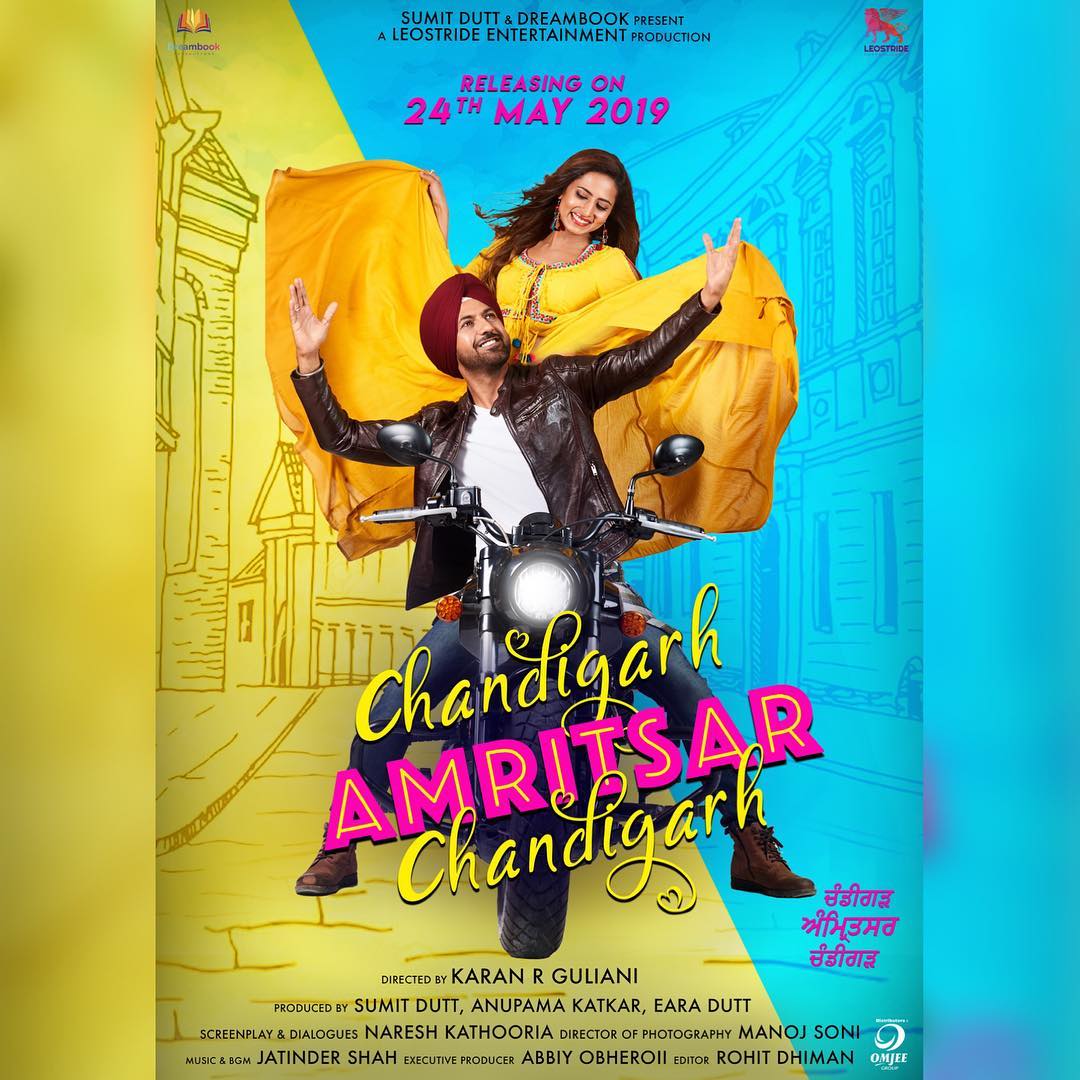 Sharing the screen for this film are Sargun Mehta and Gippy Grewal, and the duo
will be seen together for the first time.

Chandigarh-Amritsar-Chandigarh is being directed by Karan K Guliani, and is being
presented by Sumit Dutt and Dream book and is being produced by A Leostride
Entertainment Production.

Ace music director, Jatinder Shah has given music to the film, another celebrated dialogue
and screenplay writer Naresh Kathooria is contributing to the film.
film. Seeing these amaze bunch of talented artist working on the film we already know that
it is going to be a blockbuster.

The makers of the film have shared the first look of the film. From the poster, it seems to
be a light hearted and a true entertainer. The two actors seem to be in a jovial mood in the
poster and the film is going to be a romantic-comedy.

The film revolves around two characters that how this journey will impact their lives or will
play role in their story. This film might be the proof of the saying which goes as ‘sometimes
just a moment is enough’.

Recently at award function, the two were even seen sharing the stage with much ease and
comfort which proved that the audience will give thumbs up to this fresh pair. This glimpse
that they gave to their fans has raised the level of excitement among the audience who are
eagerly looking forward to the release of the trailer of the film.

The worldwide distribution of the film will be done by Munish Sahni’s Omjee Group. The
film will hit the theatres on 24th May.