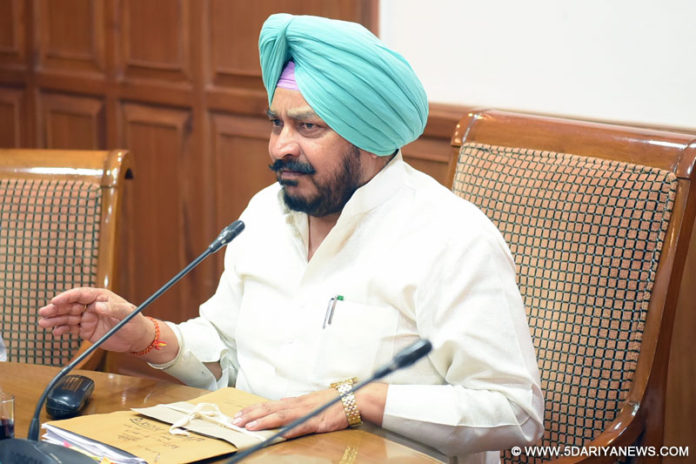 Punjab Minister for Social Justice, Empowerment and Minorities Sadhu Singh Dharmsot said that the Union Government is not serious about the future of the students belonging to the Scheduled Castes of Punjab. He made this revelation after meeting a delegation of private educational institutions here today.

Mr. Dharmsot said that education was essential for the betterment of the lives of the youth belonging to the Scheduled Castes of Punjab and with education only SC Youth can have gainful future. He said that under the leadership of Capt. Amarinder Singh the state government was making continuous efforts to improve the education and life of the Scheduled Caste students. He said that the state government was making continuous efforts to get Rs 1500 Crores pending Post Matric Scholarship Scheme from centre at the earliest. This amount pertains to years 2017-18, 2018-19 and 2019-20 and is due with Union Govt, which we are trying to get released, he added.

Mr. Dharmsot told the delegation that he would soon discuss the issue with Chief Minister again so that a meaningful solution could be worked out.