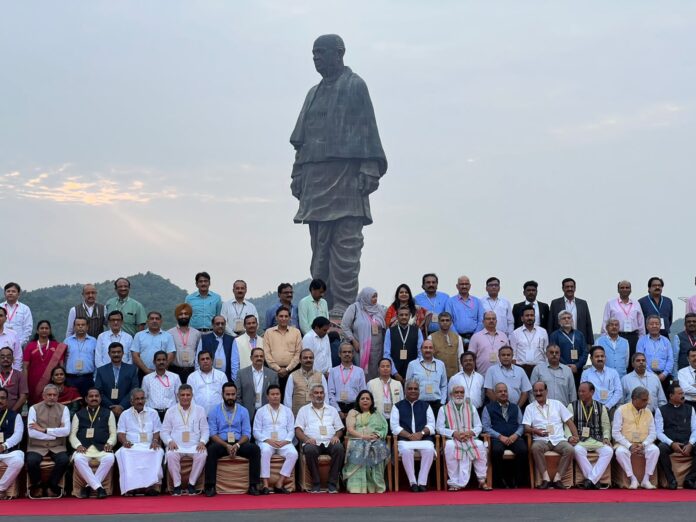 “For the maintenance and cleanliness of the environment, the Punjab government has imposed a complete ban on plastic carry bags, the rules of this ban must be strictly enforced so that such a ban is uniformly imposed across the country. Therefore, the union government should take the initiative to make such a common policy, because taking care of the environment is a common responsibility of all of us.”

It was stated by Punjab Environment Minister Gurmeet Singh Meet Hayer during his address today on the first day of the two-day national conference of State ministers of Environment, Forest and Climate Change.

Meet Hayer said that on the instructions of Punjab Chief Minister Bhagwant Mann, the Environment and Punjab Pollution Control Board is making continuous efforts to maintain the environment. He also said that the state government has once imposed a complete ban on the manufacture, purchase, sale and use of plastic carry bags.

The Environment Minister said that there is a ban on plastic bags by the Punjab government, whether it is 75 micron or 100 micron, but as there is no ban on such bags in other states, the industries of Punjab complain that such a ban is not imposed by other states and the Centre.

Meet Hayer put a demand before the Union government that if there is to be a ban on plastic carry bags, then the complete ban should be consolidated because keeping the environment clean is the joint responsibility of all the states. Like Punjab, the task of imposing a ban in all states is under the jurisdiction of the central government. He also demanded that incentive should be given to such industries to switch from plastic manufacturing.

Meet Hayer further said that Mandi Gobindgarh will be the first city in the northern area where the conventional fuels in all of the industries are to be replaced with cleaner fuel i.e. PNG. About 240 units are likely to switch over to cleaner fuel. Presently, about 140 units have already switched over to the cleaner fuel.

The Minister further said that in terms of the management of contaminated Bio Medical Waste, Punjab is the first state to adopt Bar Code based collection to avoid any pilferage and illegal disposal.