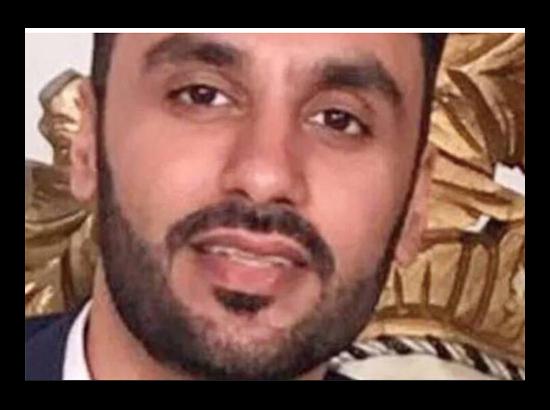 London, March 13: British Prime Minister Theresa May on Wednesday said the case of British Sikh murder suspect Jagtar Singh Johal, alias Jaggi Johal, lodged in an Indian jail for over a year was being “actively” dealt with by ministers.

Johal, from Dumbarton in Scotland, was arrested by Indian authorities in November 2017 on charges of fanning communal disturbance in Punjab.

His constituency’s MP, Scottish National Party’s (SNP) Martin Docherty-Hughes, has been lobbying for his release along with his family members and raised the issue in the House of Commons during the weekly Prime Minister’s Questions.

“On Monday (March 18), my constituent Jagtar Singh Johal would have been incarcerated for 500 days without trial. He would have suffered trial by media, sanctioned, some would say, by the Indian state,” Docherty-Hughes said, calling on May to direct her foreign secretary Jeremy Hunt to take up the case with the Indian Government.

“Ministers are dealing with this. They have been actively involved in this case,” May said.

“One of the ministers is actually dealing with this case and will I am sure will be pleased to meet with him,” she said, in reference to the request for a ministerial meeting.

Johal, a 31-year-old Scottish-born Sikh, was in Jalandhar with his family for his wedding in October 2017 when he was arrested by plainclothes police officials in the city.

The Punjab Government claimed he was among a group of suspects arrested in relation to the murder of Hindu leaders in the state.

While the Indian Government maintains that “due process” is being followed in the case, British MPs have repeatedly taken up the case in the UK Parliament.

“Mr Johal alleges he has been subjected to torture at the hands of the Indian security forces,” Preet Kaur Gill, a Labour Party MP and Chair of the All Party Parliamentary Group (APPG) for British Sikhs, noted in a letter to Downing Street last year.

The APPG and other MPs have continued lobbying for the release of Johal, with some Sikh groups in the UK organising a “Free Jaggi” drive.

“The British Sikh community is disgusted that Jagtar is being treated as a second-class citizen by the Foreign Office,” said Bhai Amrik Singh, Chair of Sikh Federation UK.