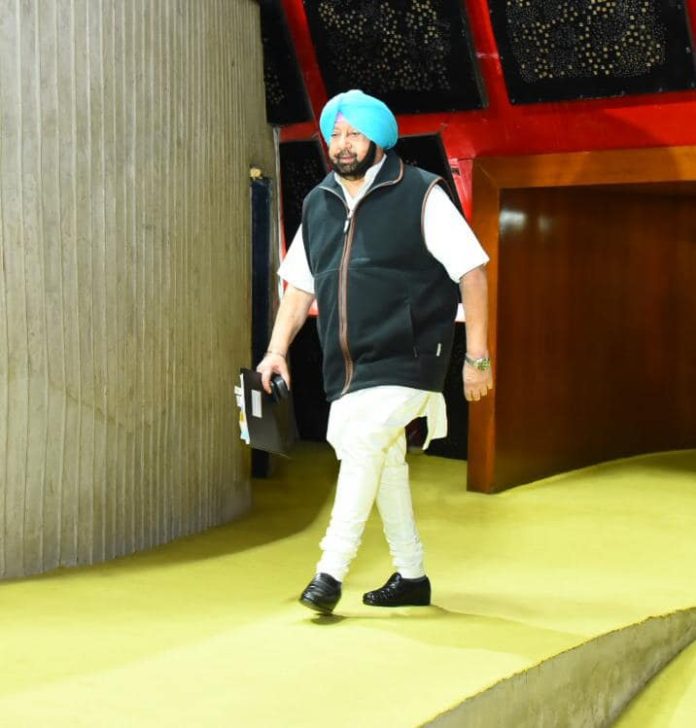 Chandigarh, August 6: Punjab Chief Minister Captain Amarinder Singh on Tuesday protested the arrest of Kashmiri political leaders at the behest of a political party which had vehemently opposed the arrest of opposition leaders during the Emergency.

Terming the arrest of the Kashmiri leaders as totally wrong, the Chief Minister said the act smacked of double standards on the part of the BJP-led government at the Centre. Considering the BJP’s strong opposition to the arrest of opposition leaders during the Emergency, it did not behoove them to act in this manner in Kashmir, he said.

In an informal chat with mediapersons outside the Assembly, the Chief Minister ruled out any impact of the revocation of Article 370 on either the Kartarpur Corridor or terrorism in Kashmir. Neither of these was connected with the Constitutional changes invoked by the Central government, he said.

“How can it be linked with terrorism,” he questioned when asked to comment on BJP’s claim that the move would end terror in the Valley. It was security forces, including the Army and the police, who were fighting terrorism, said the Chief Minister, expressing the confidence that they would continue to do their job to check the spread of terrorism in Kashmir.

Though the validity of Article 370 could be debated, the process adopted by the central government to abrogate it was unconstitutional, the Chief Minister said, reiterating that no norms were followed in the matter. By failing to evolve a consensus before taking such an important decision, the BJP-led government had weakened the federal structure, he said, alleging a systemic attempt by the Centre to weaken the states.

Captain Amarinder expressed surprise at the Akali Dal’s decision to welcome the development, saying they had done a somersault as the move was against the federal structure, which incidentally was the essence of the Akali’s Anandpur Sahib resolution.