Chandigarh, August 25: Punjab Chief Minister Captain Amarinder Singh on Sunday asked the Water Resources Department to work out a joint action plan with the army authorities to strengthen the embankment at Tendiwala village in Ferozepur district on the Indo-Pak border. 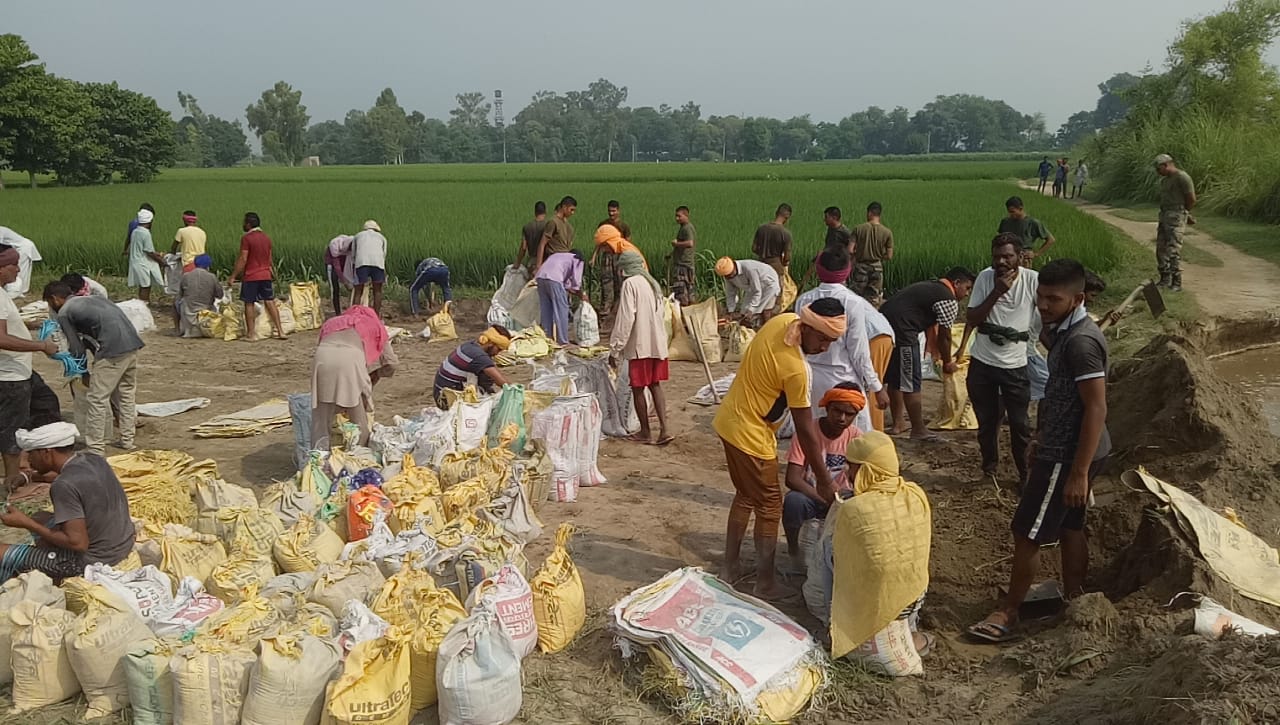 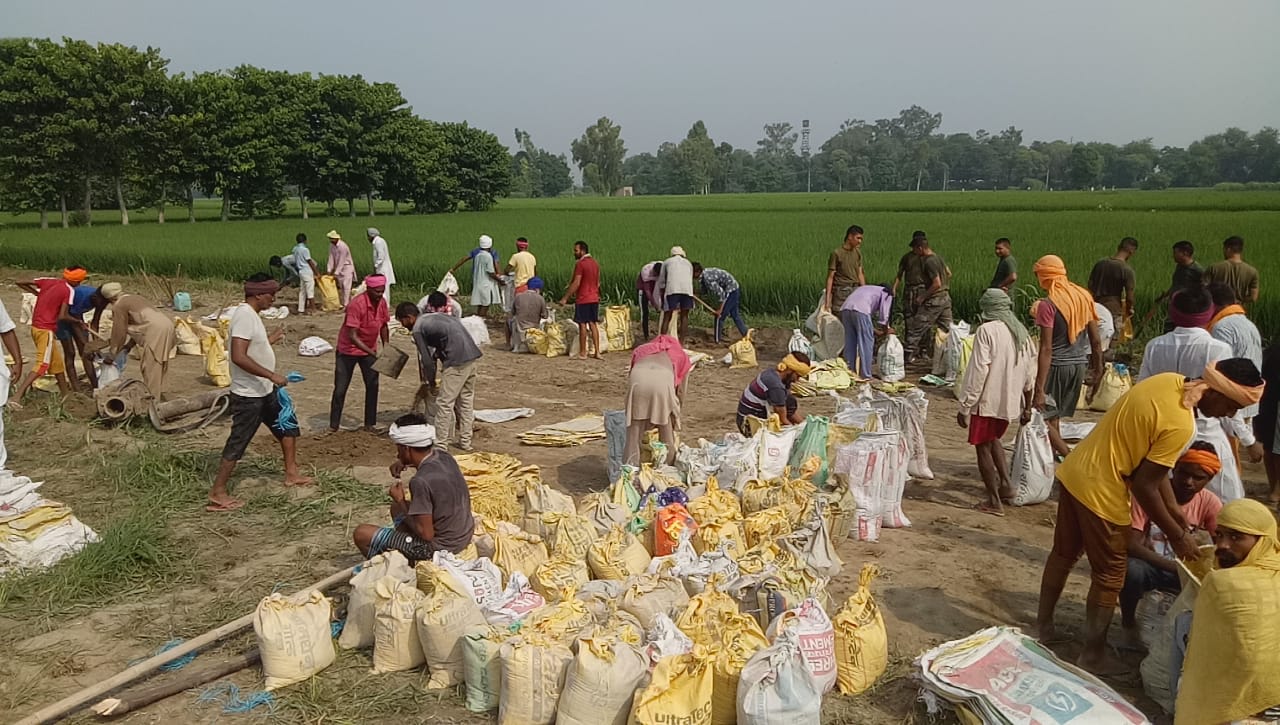 The directions came even as, responding to the Chief Minister’s request, the Union Home Ministry has decided to send a central team to assess the damage and loss due to floods in Punjab too. Union Home Secretary, Mr Ajay Bhalla has informed the state give that a Central team to assess damage on account of floods would also be sent to Punjab, along with 11 other flood ravaged states.

Presiding over a high-level meeting to review them flood situation in Ferozepur, Jalandhar, Kapurthala and Ropar districts, the Chief Minister directed the Principal Secretary Water Resources to ensure strengthening of Tendiwala embankment on war-footing to avert the flooding of nearby villages. The Chief Minister also directed the Deputy Commissioner Ferozepur to keep NDRF Teams on standby to meet any exigency arising out of the floods.

According to Deputy Commissioner Ferozepur, in 15 flood affected villages in Makhu and Hussaniwala area, nearly 500 persons had been evacuated to safer places and about 630 persons had been given necessary medical aid. In addition, nearly 950 food packets had been distributed to the people, and adequate arrangements has been made for supply of feed and fodder to the livestock.

The Deputy Commissioner told the meeting that the strengthening work at Village Tendiwala was going on in full swing and the Army was assisting in fixing the rift on the embankment. Capt. Amarinder directed the Ferozepur DC to keep a close tab on the ongoing strengthening of work at Tendiwala to ensure its completion at the earliest. 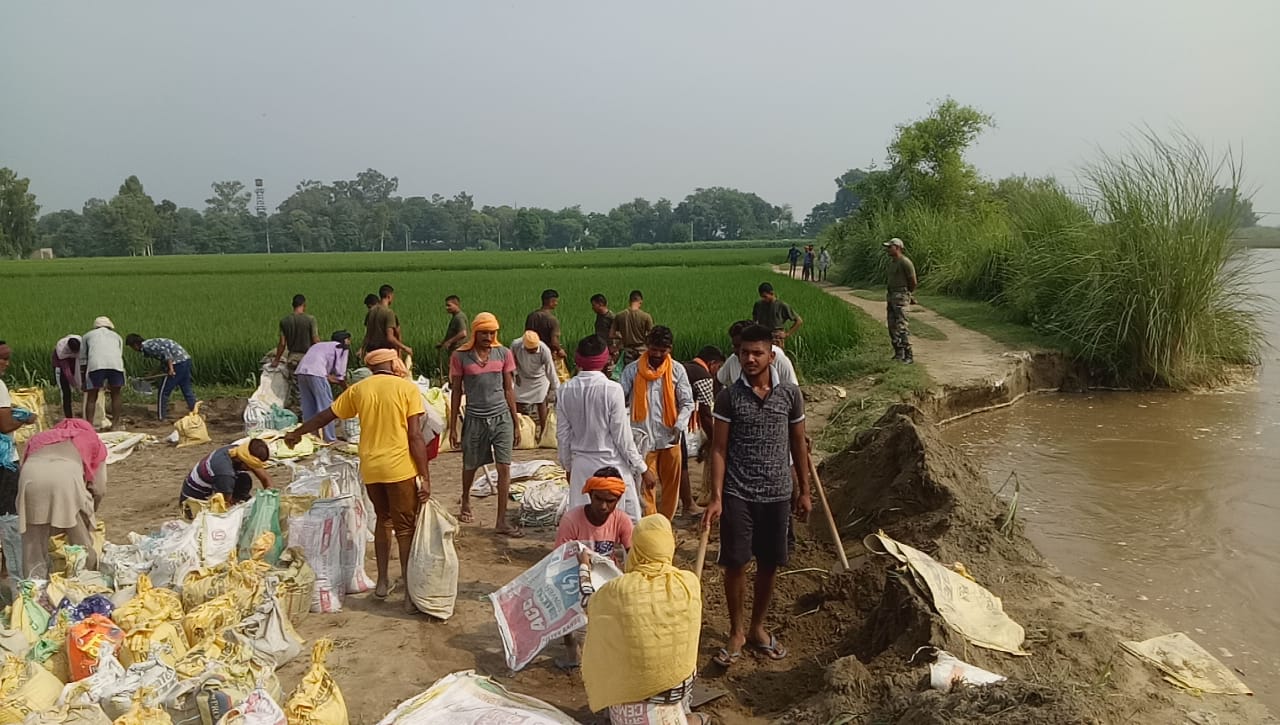 While reviewing the progress of relief and rehabilitation measures being undertaken in Jalandhar, the Chief Minister was informed that as many as 389 families with 1690 members in the flood hit villages had been treated by the mobile teams. Another 655 patients were treated at the OPDs by these teams. About 4600 persons have so far visited the medical camps in the flood affected areas. As many as 31 persons have been evacuated to the nearby relief camps.

With the concerted efforts of local residents, religious and social organisations, two major breaches in river Satluj in Jalandhar district had been plugged by the district administration at village Mau Sahib, Meowal, whereas work on other breaches at Powahari Sailkiana villages of Phillaur and Jania Chahal village in Shahkot was nearing completion.

With regard to Kapurthala district, the Chief Minister was apprised that there was no loss of human life and cattle reported and the district administration had constituted 20 village-wise flood relief teams and has been stationed in the severely affected areas on 24X7 basis. As per the information given by the DC Kapurthala, 1415 persons were given requisite treatment, with veterinary care provided to 640 cattle. He said that the distribution of dry ration packets and other relief material was also going on full swing.

As per the inputs given by Deputy Commissioner Ropar, the water level in the flooded fields of the district had by and large receded. Nearly 500 persons had been evacuated, and drinking water and Power supply has been restored in the flood affected villages.

About 3300 persons have been provided with medical aid in 13 permanent and 22 mobile camps, and three ambulances pressed into services to provide emergency healthcare services. Apart from this, 20 teams of Animal Husbandry Department had been deputed in the district to ensure adequate supply of feed and fodder, besides providing veterinary care to the livestock.

The Chief Minister also directed the Deputy Commissioners of Jalandhar, Kapurthala, Ferozepur, Ropar and Nawan Shahr to chalk out a detailed programme to initiate the process of assessing damage to crops and infrastructure in the flood hit areas immediate after the water level recedes.

The Chief Minister asked the Deputy Commissioners to further intensify their efforts to mitigate the woes of the flood stricken families by ensuring all possible assistance at their doorsteps.

It may be recalled that realising the gravity of the situation, the Chief Minister had earlier deputed four Cabinet Ministers – Charanjit Singh Channi, Sunder Sham Arora, Gurpreet Singh Kangar and Bharat Bhushan Ashu to oversee the relief operations in the flood ravaged districts of Ropar, Jalandhar and Kapurthala.

He has also asked the Rural Development and Panchayats Minister Tript Rajinder Singh Bajwa and Chairman Powercom B S Sra to ensure expeditious restoration of power supply in flood hit villages. On the directives of the Chief Minister, the concerned Ministers were extensively touring the affected areas to listen to the woes of the people and monitor the ongoing relief works.