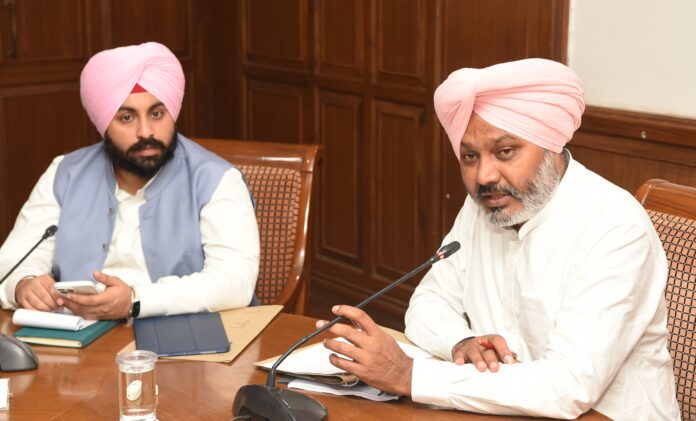 The cabinet sub-committee formed for regularisation of contractual employees today assured employees of the transport department that the Punjab government is regularly working to update the draft policy so as to ensure that it should benefit them all.

Holding a meeting with the representatives of contractual employee unions and officials of transport department in the presence of a team of legal experts, the cabinet subcommittee discussed various aspects related to the regularization of services in the Transport department.

Addressing the meeting, Finance Minister Advocate Harpal Singh Cheema and School Education Minister Harjot Singh Bains welcomed the suggestions given by the employee unions. Cheema said that as per the directions of Chief Minister Bhagwant Mann, the sub-committee has been analysing the rules related to the appointment of employees in the concerned departments so that the services of the contractual employees can be regularised without any legal hindrance. He further said that sub-committee has been continuously briefing the Chief Minister about the outcomes of all these meetings.

Earlier, the representatives of various unions of contractual employees of transport department including that of PUNBUS and PRTC presented their cases besides suggesting solutions for the same. Finance Minister asked the officials of PUNBUS and PRTC to submit the documents related to the suggestion given by the unions to subcommittee.