Amritsar, December 8: The expansion of the Punjab Cabinet is on the cards, but there will be no Deputy CM. Chief Minister Capt Amarinder Singh, launching a ‘vision document’on urban development at a function here today, said: “Certainly, we will go for Cabinet expansion after the Gujarat election results on December 18. Except once, the Congress has never had a Deputy CM. We have no such convention.” Flanked by PPCC president Sunil Jakhar and Local Bodies Minister Navjot Singh Sidhu, he said he was “positive” about the Congress prospects in Gujarat. 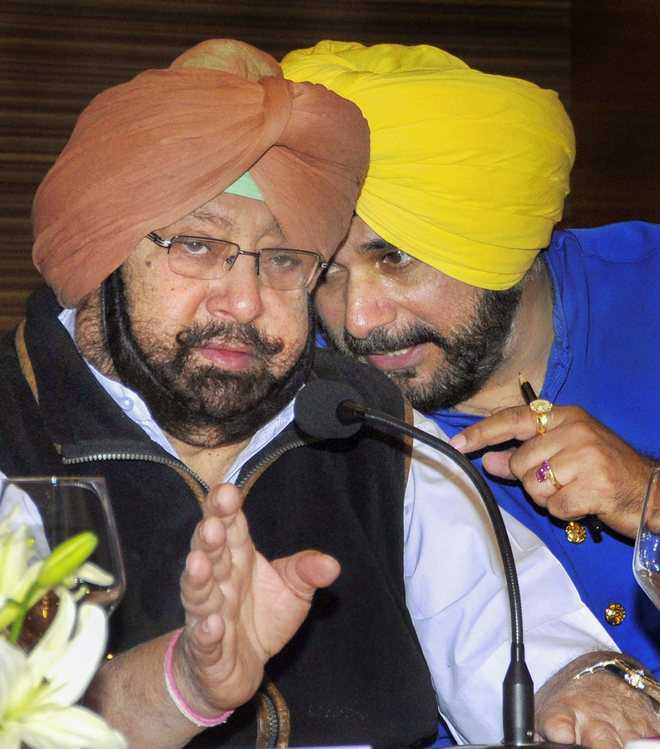 “The feedback I have received is that we are neck and neck.” The CM, who had to cancel his visit to Gujarat because of the cyclone alert, claimed that AICC vice-president Rahul Gandhi’s elevation as party chief would have a positive impact on the polls.
Regarding the MC elections, he rejected the allegation of “parivarwaad” in ticket allocation, saying only deserving persons were being selected.

He binned the suggestion that the outcome of the MC elections could come as a jolt to the government for having “failed” to honour many of its poll promises. “All promises cannot be met in just eight months, especially given the state’s poor financial condition. We are struggling to generate resources to get things done. The farm waiver process and distribution of smartphones will begin soon,” he said. On gangsters inside prisons coordinating with radicals, he said steps were being taken to block all such communication.