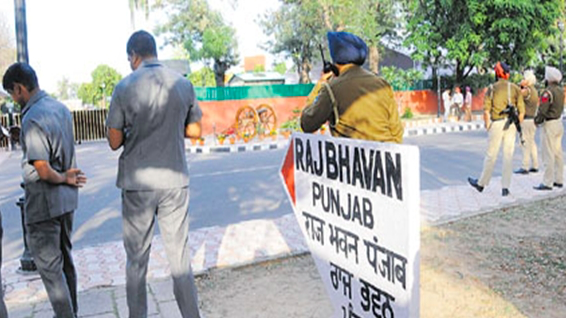 The Cabinet, led by Chief Minister Captain Amarinder Singh, has decided to recommend to the Governor to summon the 10th Session of the 15th Punjab Vidhan Sabha, as per the Article 174(1) of the Constitution of India, for two days on 16th and 17th January, 2020, according to an official spokesperson.

It was decided by the Cabinet to change the timing of the commencement of the session.

The session will accordingly start on January 16 with the speech of Governor at 11 am, instead of 10 am, as scheduled earlier. On January 17, the session would begin at 10 am with obituary references, followed by presentation of a resolution to ratify The Constitution (126th Amendment) Bill, 2019.

The House would adjourn sine-die after the proposed legislative business on the same day, said the spokesperson.

Notably, Article 334 of the Constitution of India provides reservation for Scheduled Castes and Scheduled Tribes and special representation of the Anglo Indians in the Lok Sabha and State Legislative Assemblies.

Meanwhile, the Cabinet has also approved enactment of the Punjab Goods and Services Tax (Amendment) Ordinance, 2019, with the relevant Bill to be presented under clause 2 of Article 213 of Constitution.

The Cabinet has also approved the annual administrative report of the Civil Aviation Department for the year 2018-19, according to the spokesperson.